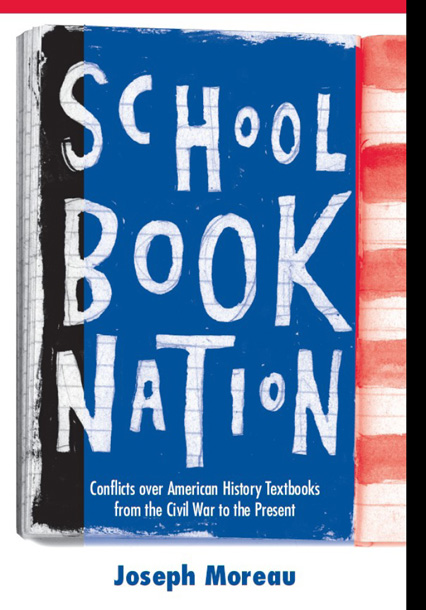 Schoolbook Nation: Conflicts over American History Textbooks from the Civil War to the Present

You do not have access to this book. How to get access.
"A superior book. . . . Many readers will be surprised to see that today's arguments about history education follow the culture wars that go back to almost the beginning of the republic. Moreau's writing is engaging, with brilliant flashes of insight, as well as balance and wit."

-Gary B. Nash, Director of the National Center for History in the Schools

Taking Frances FitzGerald's textbook study America Revised as a point of departure, Joseph Moreau in Schoolbook Nation challenges FitzGerald's premise that the 1960s were the beginning of the end of the glory days of American history education.

Moreau recounts how in the late twentieth century, cultural commentators such as historian Arthur Schlesinger Jr. and politician Newt Gingrich preached that a new identity crisis had shaken American history in the sixties, and that the grand unified view of our past had given way to various interest groups, who dismantled the old national narrative while demanding a more "inclusive" curriculum for their children.

Moreau discovered, however, that American history, while grand, has never been unified. Delving into more than 100 history books from the last 150 years, the author reveals that the efforts of pressure groups to influence the history curriculum are nearly as old as the mustiest textbook. "For those who would influence textbooks and teaching-Protestant elites in the 1870s, Irish-Americans in the 1920s, and conservative politicians today-the sky has always been falling," according to Moreau.

Schoolbook Nation offers a history lesson of its own: when the story of the past is written or rewritten, truth is often a victim. With its comprehensive treatment of the subjects of honesty and politics in the teaching of history, this is an essential book on the side of truth in a complex debate.