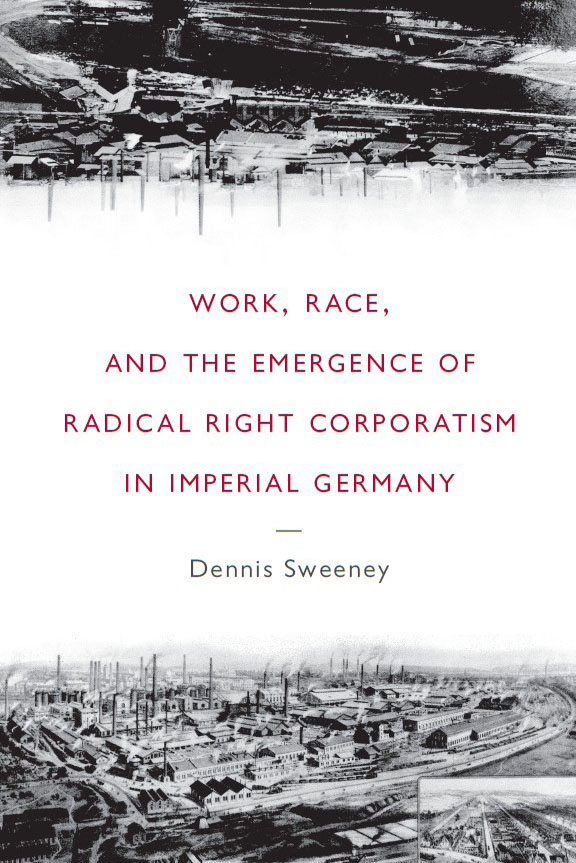 Work, Race, and the Emergence of Radical Right Corporatism in Imperial Germany

You do not have access to this book. How to get access.
In the late nineteenth and early twentieth centuries, the Saar river valley was one of the three most productive heavy industrial regions in Germany and one of the main reference points for national debates over the organization of work in large-scale industry. Among Germany's leading opponents of trade unions, Saar employers were revered for their system of factory organization, which was both authoritarian and paternalistic, stressing discipline and punitive measures and seeking to regulate behavior on and off the job. In its repressive and beneficent dimensions, the Saar system provided a model for state labor and welfare policy during much of the 1880s and 1890s.

Dennis Sweeney examines the relationship between labor relations in heavy industry and public life in the Saar as a means of tracing some of the wider political-ideological changes of the era. Focusing on the changing discourses, representations, and institutions that gave shape and meaning to factory work and labor conflict in the Saar, Work, Race, and the Emergence of Radical Right Corporatism in Imperial Germany demonstrates the ways in which Saar factory culture and labor relations were constituted in wider fields of public discourse and anchored in the institutions of the local-regional public sphere and the German state. Of particular importance is the gradual transition in the Saar from a paternalistic workplace to a corporatist factory regime, a change that brought with it an authoritarian vision that ultimately converged with core elements in the ideological discourses of the German radical Right, including the National Socialists. This volume will be of interest to scholars and students of labor, industrial organization, ideology and political culture, and the genealogies of Nazism.

Dennis Sweeney is Associate Professor of History at the University of Alberta.

"The author makes a very insightful argument about the emergence of a kind of scientific racism within the new corporatism, one that brings biopolitics into German industry prior to the rise of National Socialism. This book will be an important contribution to the history of Imperial Germany, and has much potential to appeal to audiences in other fields of history."