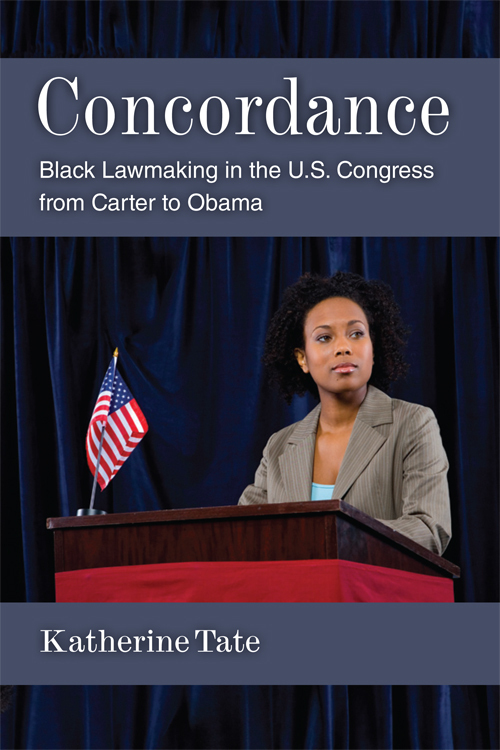 Concordance: Black Lawmaking in the U.S. Congress from Carter to Obama

Katherine Tate 2014
During the height of the civil rights movement, Blacks were among the most liberal Americans. Since the 1970s, however, increasing representation in national, state, and local government has brought about a more centrist outlook among Black political leaders.

Focusing on the Congressional Black Caucus (CBC), Katherine Tate studies the ways in which the nation's most prominent group of Black legislators has developed politically. Organized in 1971, the CBC set out to increase the influence of Black legislators. Indeed, over the past four decades, they have made progress toward the goal of becoming recognized players within Congress. And yet, Tate argues, their incorporation is transforming their policy preferences. Since the Clinton Administration, CBC members—the majority of whom are Democrats—have been less willing to oppose openly congressional party leaders and both Republican and Democratic presidents. Tate documents this transformation with a statistical analysis of Black roll-call votes, using the important Poole-Rosenthal scores from 1977 to 2010. While growing partisanship has affected Congress as a whole, not just minority caucuses, Tate warns that incorporation may mute the independent voice of Black political leaders.