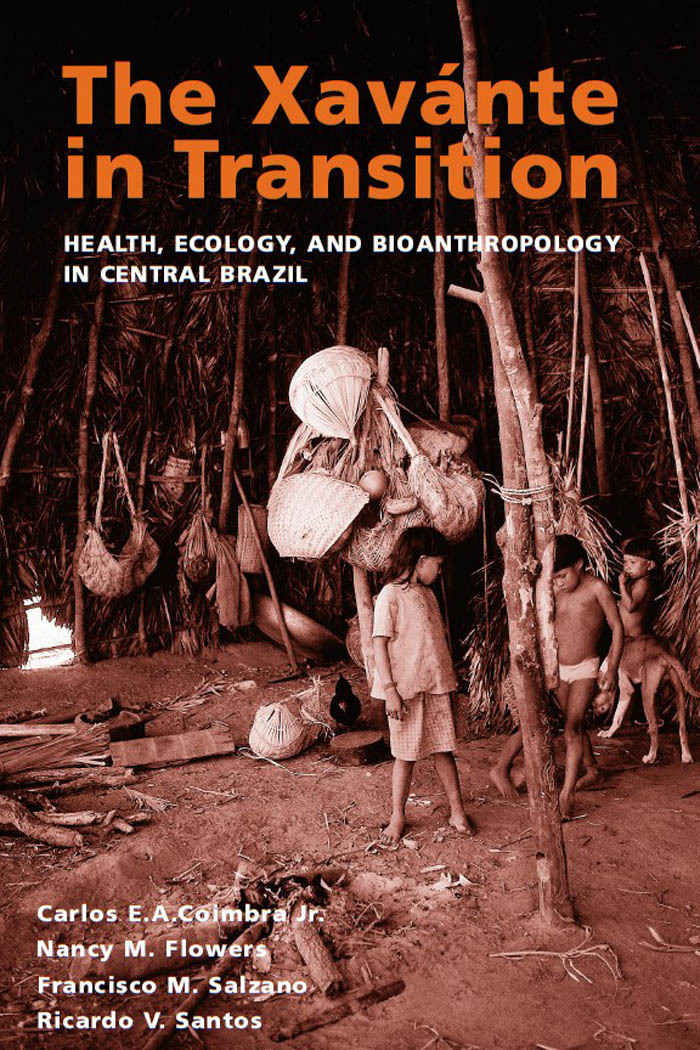 The Xav-nte in Transition: Health, Ecology, and Bioanthropology in Central Brazil

Carlos E. A. Coimbra, Jr., Nancy M. Flowers, Francisco M. Salzano, and Ricardo V. Santos 2002
The Xavánte in Transition presents a diachronic view of the long and complex interaction between the Xavánte, an indigenous people of the Brazilian Amazon, and the surrounding nation, documenting the effects of this interaction on Xavánte health, ecology, and biology.

A powerful example of how a small-scale society, buffeted by political and economic forces at the national level and beyond, attempts to cope with changing conditions, this study will be important reading for demographers, economists, environmentalists, and public health workers.

". . . an integrated and politically informed anthropology for the new millennium. They show how the local and the regional meet on the ground and under the skin."

"This volume delivers what it promises. Drawing on twenty-five years of team research, the authors combine history, ethnography and bioanthropology on the cutting edge of science in highly readable form."

"No doubt it will serve as a model for future interdisciplinary scholarship. It promises to be highly relevant to policy formulation and implementation of health care programs among small-scale populations in Brazil and elsewhere."