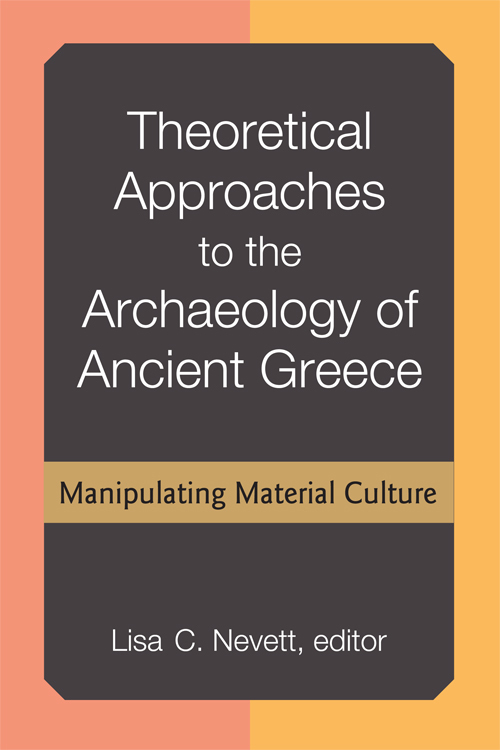 You do not have access to this book. How to get access.
In the modern world, objects and buildings speak eloquently about their creators. Status, gender identity, and cultural affiliations are just a few characteristics we can often infer about such material culture. But can we make similar deductions about the inhabitants of the first millennium BCE Greek world? Theoretical Approaches to the Archaeology of Ancient Greece offers a series of case studies exploring how a theoretical approach to the archaeology of this area provides insight into aspects of ancient society.

An introductory section exploring the emergence and growth of theoretical approaches is followed by examinations of the potential insights these approaches provide. The authors probe some of the meanings attached to ancient objects, townscapes, and cemeteries, for those who created, and used, or inhabited them.

The range of contexts stretches from the early Greek communities during the eighth and seventh centuries BCE, through Athens between the eighth and fifth centuries BCE, and on into present day Turkey and the Levant during the third and second centuries BCE. The authors examine a range of practices, from the creation of individual items such as ceramic vessels and figurines, through to the construction of civic buildings, monuments, and cemeteries. At the same time they interrogate a range of spheres, from craft production, through civic and religious practices, to funerary ritual.