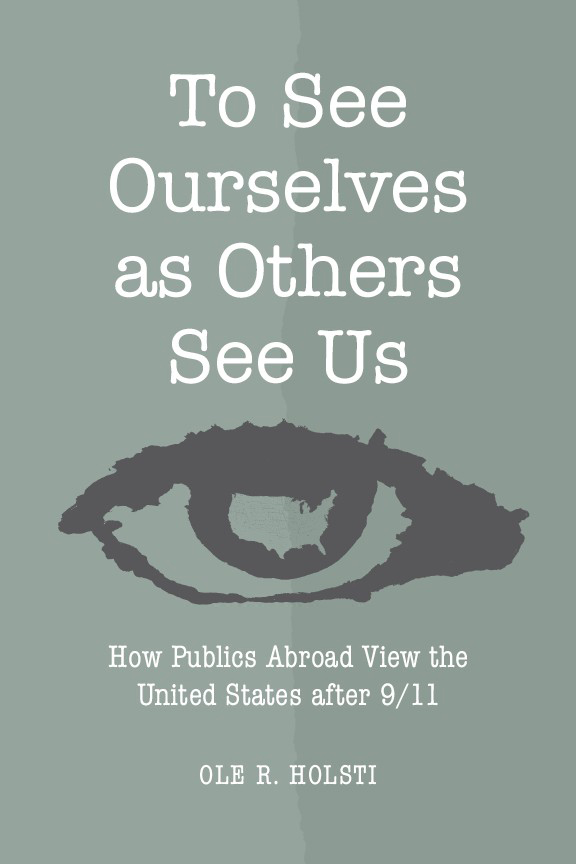 To See Ourselves as Others See Us: How Publics Abroad View the United States after 9/11

You do not have access to this book. How to get access.
"Holsti, the authority on American foreign policy attitudes, investigates others' views of us. It's not pretty. It matters. Read this."

"Clearly and engagingly written, Holsti's book ranks among the most important---and most objective---of the post-9/11 scholarly studies. It deserves a large readership, both within and beyond academe."

In terms of military and economic power, the United States remains one of the strongest nations in the world. Yet the United States seems to have lost the power of persuasion, the ability to make allies and win international support.

Why? Immediately after the terrorist attacks of 9/11, leaders and citizens of foreign nations generally expressed sympathy for the United States. Since then, attitudes have changed. Drawing upon public opinion surveys conducted in 30 nations, Ole R. Holsti documents an increasing anti-American sentiment. His analysis suggests that the war in Iraq, human rights violations, and unpopular international policies are largely responsible. Consequently, the United States can rebuild its repute by adopting an unselfish, farsighted approach to global issues.

Indeed, the United States must restore goodwill abroad, Holsti asserts, because public opinion indirectly influences the leaders who decide whether or not to side with the Americans.

Ole R. Holsti is George V. Allen Professor Emeritus of International Affairs in the Department of Political Science at Duke University and author of Public Opinion and American Foreign Policy.