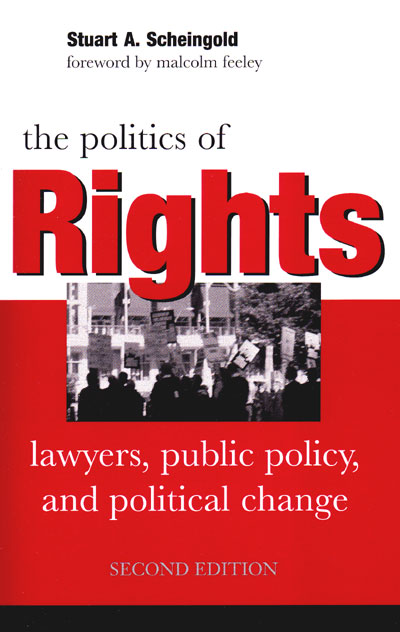 The Politics of Rights: Lawyers, Public Policy, and Political Change

Stuart A. Scheingold 2004, 2nd Edition, With a New Preface by the author, and a New Foreword by Malcolm Feeley

You do not have access to this book. How to get access.
Stuart A. Scheingold's landmark work introduced a new understanding of the contribution of rights to progressive social movements, and thirty years later it still stands as a pioneering and provocative work, bridging political science and sociolegal studies. In the preface to this new edition, the author provides a cogent analysis of the burgeoning scholarship that has been built on the foundations laid in his original volume. A new foreword from Malcolm Feeley of Berkeley's Boalt Hall School of Law traces the intellectual roots of The Politics of Rights to the classic texts of social theory and sociolegal studies.

"Scheingold presents a clear, thoughtful discussion of the ways in which rights can both empower and constrain those seeking change in American society. While much of the writing on rights is abstract and obscure, The Politics of Rights stands out as an accessible and engaging discussion."

Stuart A. Scheingold is Professor Emeritus of Political Science at the University of Washington.