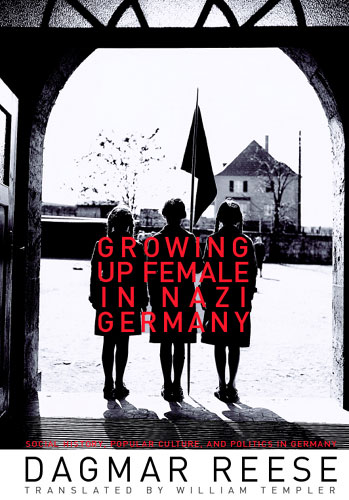 Growing Up Female in Nazi Germany

You do not have access to this book. How to get access.
Growing Up Female in Nazi Germany explores the world of the Bund Deutscher Mädel (BDM), the female section within the Hitler Youth that included almost all German girls aged 10 to 14. The BDM is often enveloped in myths; German girls were brought up to be the compliant handmaidens of National Socialism, their mental horizon restricted to the "three Ks" of Kinder, Küche, Kirche (children, kitchen, and church).

Dagmar Reese, however, depicts another picture of life in the BDM. She explores how and in what way the National Socialists were successful in linking up with the interests of contemporary girls and young women and providing them a social life of their own. The girls in the BDM found latitude for their own development while taking on responsibilities that integrated them within the folds of the National Socialist state.

"At last available in English, this pioneering study provides fresh insights into the ways in which the Nazi regime changed young 'Aryan' women's lives through appeals to female self-esteem that were not obviously defined by Nazi ideology, but drove a wedge between parents and children. Thoughtful analysis of detailed interviews reveals the day-to-day functioning of the Third Reich in different social milieus and its impact on women's lives beyond 1945. A must-read for anyone interested in the gendered dynamics of Nazi modernity and the lack of sustained opposition to National Socialism."

"In this highly readable translation, Reese provocatively identifies Nazi girls league members' surprisingly positive memories and reveals significant implications for the functioning of Nazi society. Reaching across disciplines, this work is for experts and for the classroom alike."

William Templer is a widely published translator from German and Hebrew and is on the staff of Rajamangala University of Technology Srivijaya.