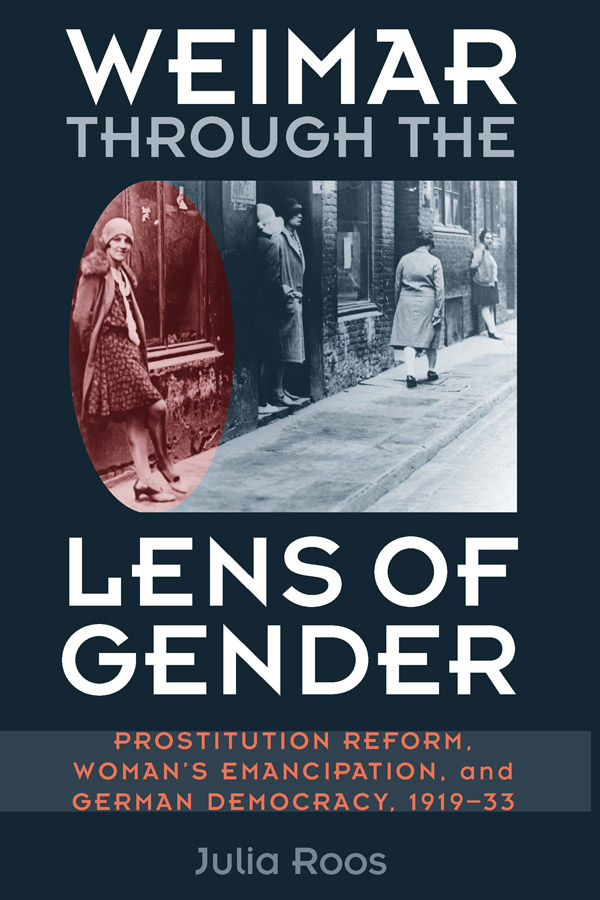 Weimar through the Lens of Gender: Prostitution Reform, Woman's Emancipation, and German Democracy, 1919-33

You do not have access to this book. How to get access.
"This book will make a valuable contribution to the field of German history, as well as the histories of gender and sexuality. The argument that Weimar feminism did bring about tangible gains for women needs to be made, and Roos has done so convincingly."

Until 1927, Germany had a system of state-regulated prostitution, under which only those prostitutes who submitted to regular health checks and numerous other restrictions on their personal freedom were tolerated by the police. Male clients of prostitutes were not subject to any controls. The decriminalization of prostitution in 1927 resulted from important postwar gains in women's rights; yet this change---while welcomed by feminists, Social Democrats, and liberals—also mobilized powerful conservative resistance. In the early 1930s, the right-wing backlash against liberal gender reforms like the 1927 prostitution law played a fateful role in the downfall of the Weimar Republic and the rise of Nazism.