Owning the Olympics: Narratives of the New China

Open Access
Read Book Buy Book
"A major contribution to the study of global events in times of global media. Owning the Olympics tests the possibilities and limits of the concept of 'media events' by analyzing the mega-event of the information age: the Beijing Olympics. . . . A good read from cover to cover."

From the moment they were announced, the Beijing Games were a major media event and the focus of intense scrutiny and speculation. In contrast to earlier such events, however, the Beijing Games are also unfolding in a newly volatile global media environment that is no longer monopolized by broadcast media. The dramatic expansion of media outlets and the growth of mobile communications technology have changed the nature of media events, making it significantly more difficult to regulate them or control their meaning. This volatility is reflected in the multiple, well-publicized controversies characterizing the run-up to Beijing 2008. According to many Western commentators, the People's Republic of China seized the Olympics as an opportunity to reinvent itself as the "New China"---a global leader in economics, technology, and environmental issues, with an improving human-rights record. But China's maneuverings have also been hotly contested by diverse global voices, including prominent human-rights advocates, all seeking to displace the official story of the Games.

Bringing together a distinguished group of scholars from Chinese studies, human rights, media studies, law, and other fields, Owning the Olympics reveals how multiple entities---including the Chinese Communist Party itself---seek to influence and control the narratives through which the Beijing Games will be understood. 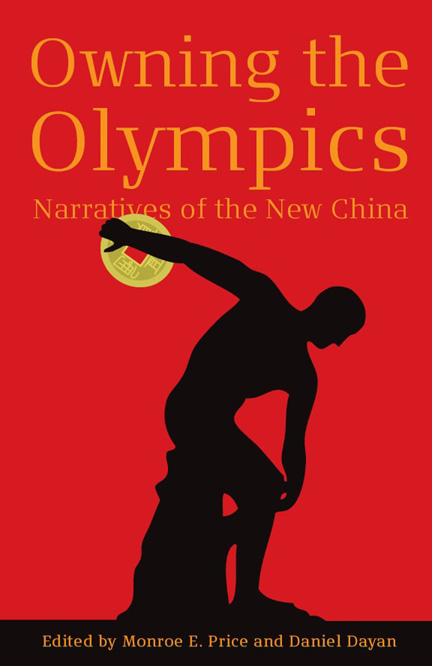