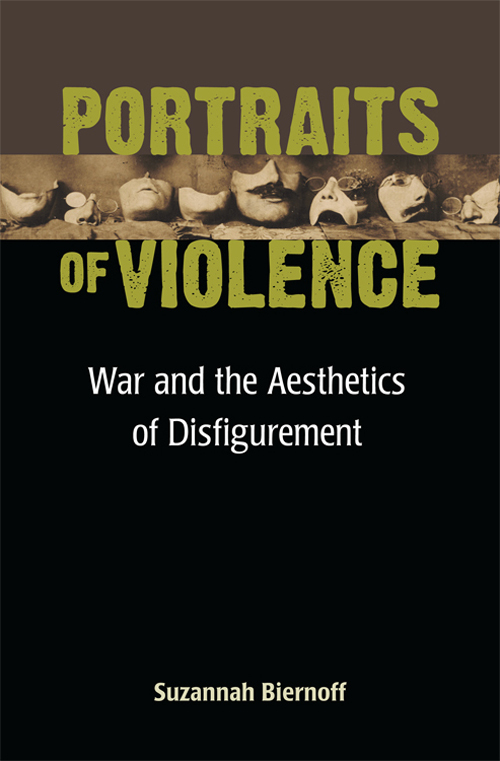 Portraits of Violence: War and the Aesthetics of Disfigurement

Suzannah Biernoff 2017
Portraits of Violence explores the image and idea of facial disfigurement in one of its most troubling modern formations, as a symbol and consequence of war. It opens with Nina Berman's iconic photograph Marine Wedding, which provoked a debate about the medical, military, and psychological response to serious combat injuries. While these issues remain urgent, it is equally crucial to interrogate the representation of war and injury. The concepts of valor, heroism, patriotism, and courage assume visible form and do their cultural work when they are personified and embodied. The mutilated or disabled veteran's body can connote the brutalizing, dehumanizing potential of modern combat.

Suzannah Biernoff draws on a wide variety of sources mainly from WWI but also contemporary photography and computer games. Each chapter revolves around particular images: Marine Wedding is discussed alongside Stuart Griffiths' portraits of British veterans; Henry Tonks' drawings of WWI facial casualties are compared to the medical photographs in the Gillies Archives; the production of portrait masks for the severely disfigured is approached through the lens of documentary film and photography; and finally the haunting image of one of Tonks's patients reappears in BioShock, a highly successful computer game. The book simultaneously addresses a neglected area in disability studies; puts disfigurement on the agenda for art history and visual studies; and makes a timely and provocative contribution to the literature on the First World War.