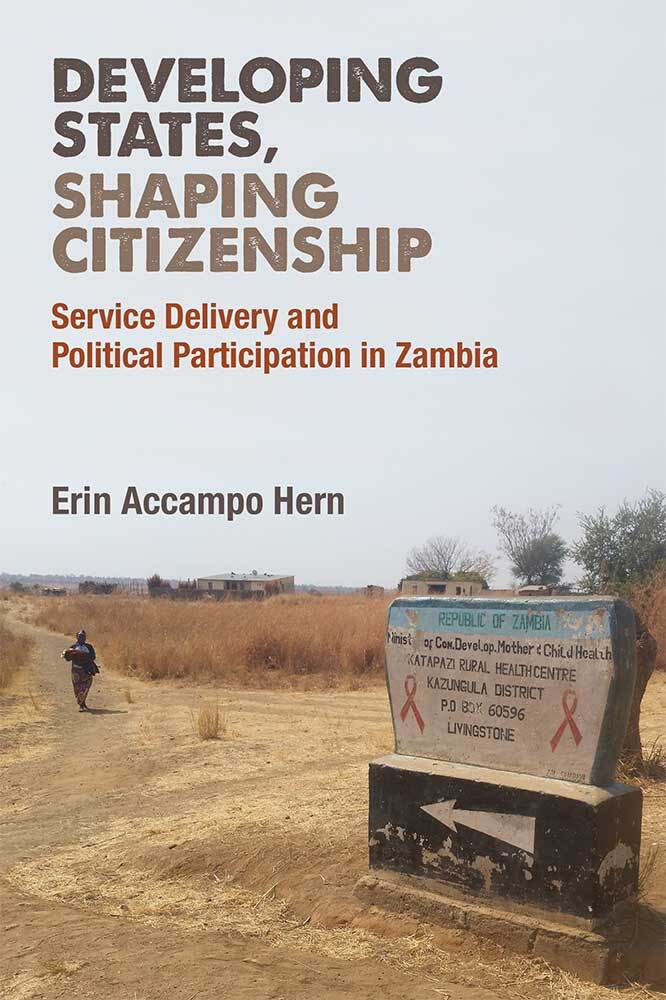 Erin Accampo Hern 2019
At the nexus of political science, development studies, and public policy, Developing States, Shaping Citizenship analyzes an overlooked driver of political behavior: citizens' past experience with the government through service provision. Using evidence from Zambia, this book demonstrates that the quality of citizens' interactions with the government through service provision sends them important signals about what they can hope to gain from political action. These interactions influence not only formal political behaviors like voting, but also collective behavior, political engagement, and subversive behaviors like tax evasion. Lack of capacity for service delivery not only undermines economic growth and human development, but also citizens' confidence in the responsiveness of the political system. Absent this confidence, citizens are much less likely to participate in democratic processes, express their preferences, or comply with state revenue collection. Economic development and political development in low-capacity states, Hern argues, are concurrent processes.

Erin Accampo Hern draws on original data from an original large-N survey, interviews, Afrobarometer data, and archival materials collected over 12 months in Zambia. The theory underlying this book's framework is that of policy feedback, which argues that policies, once in place, influence the subsequent political participation of the affected population. This theory has predominantly been applied to advanced industrial democracies, and this book is the first explicit effort to adapt the theory to the developing country context.

45 views since May 07, 2019
x This site requires cookies to function correctly.