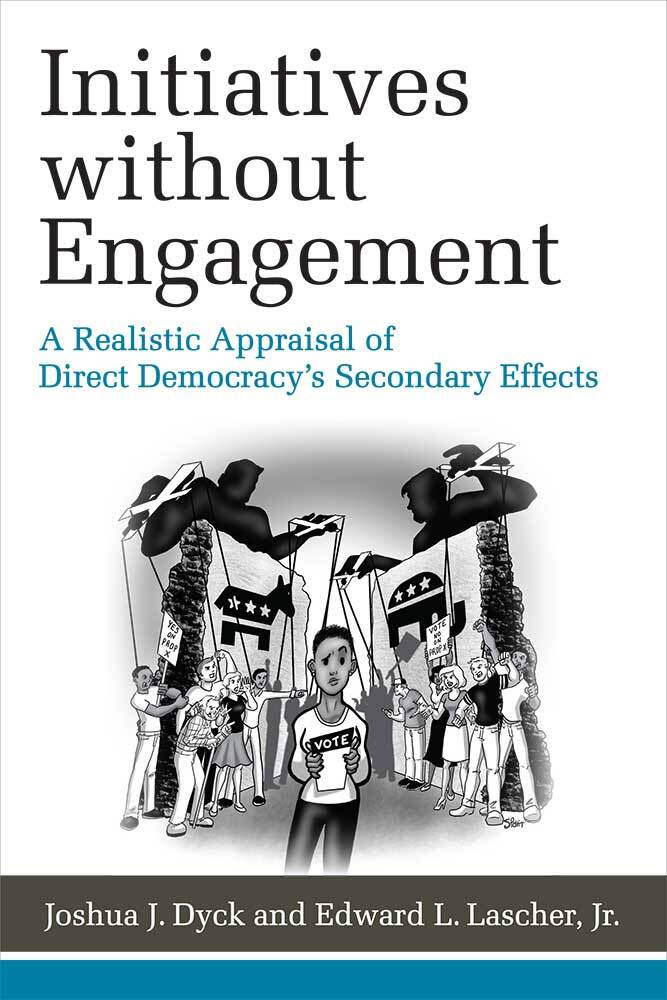 Joshua J. Dyck and Edward L. Lascher, Jr. 2019
Arguments about the American ballot initiative process date back to the Progressive Era, when processes allowing citizens to decide policy questions directly were established in about half of the states.

When political scientists began to systematically examine whether the state ballot initiative process had spillover consequences, they found the initiative process had a positive impact on civic engagement. Recent scholarship casts doubt on these conclusions, determining the ballot initiative process did not make people believe they could influence the political process, trust the government, or be more knowledgeable about politics in general. However, in some circumstances, it got them to show up at the polls, and increased interest groups' participation in the political arena. In Initiatives without Engagement, Dyck and Lascher develop and test a theory that can explain the evidence that the ballot initiative process fails to provide the civic benefits commonly claimed for it, and the evidence that it increases political participation. This theory argues that the basic function of direct democracy is to create more conflict in society. 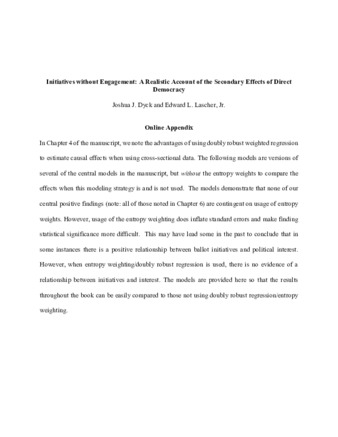