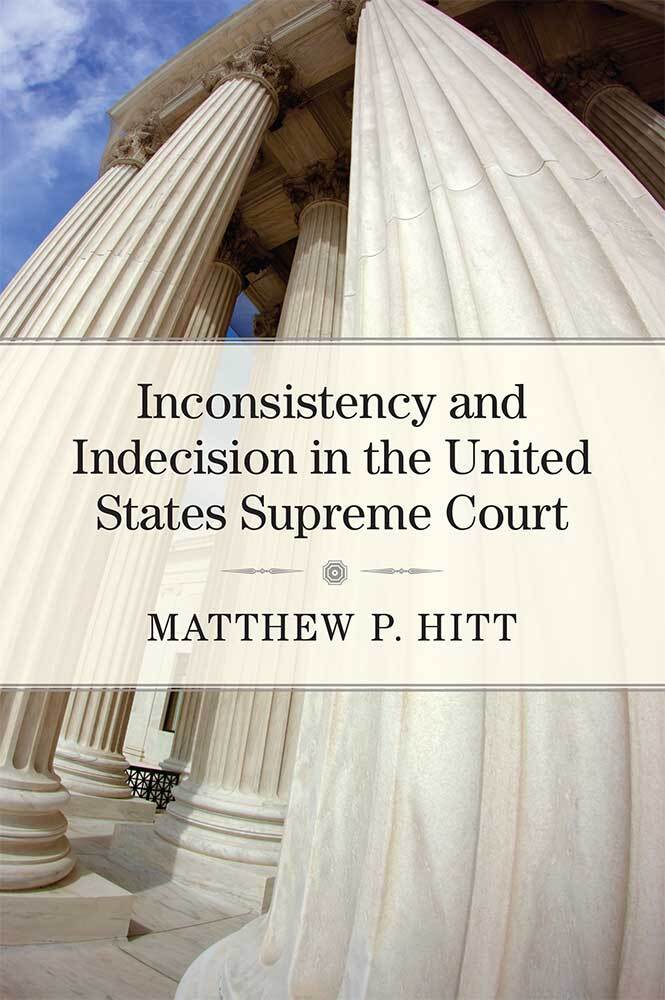 Inconsistency and Indecision in the United States Supreme Court

Matthew P. Hitt 2019
The United States Supreme Court exists to resolve constitutional disputes among lower courts and the other branches of government, allowing elected officials, citizens, and businesses to act without legal uncertainty. American law and society function more effectively when the Court resolves these ambiguous questions of Constitutional law. Since lower courts must defer to its reasoning, the Court should also promulgate clear and consistent legal doctrine, giving a reason for its judgment that a majority of justices support.

Yet a Court that prioritizes resolving many disputes will at times produce contradictory sets of opinions or fail to provide a rationale and legal precedent for its decision at all. In either case, it produces an unreasoned judgment. Conversely, a Court that prioritizes logically consistent doctrine will fail to resolve many underlying disputes in law and society. Inconsistency and Indecision in the United States Supreme Court demonstrates that over time, institutional changes, lobbied for by the justices, substantially reduced unreasoned judgments in the Court's output, coinciding with a reduction in the Court's caseload. Hence, the Supreme Court historically emphasized the first goal of dispute resolution, but evolved into a Court that prioritizes the second goal of logically consistent doctrine. As a result, the Court today fails to resolve more underlying questions in law and society in order to minimize criticism of its output from other elites. In so doing, the modern Court often fails to live up to its Constitutional obligation.

114 views since May 21, 2019
x This site requires cookies to function correctly.