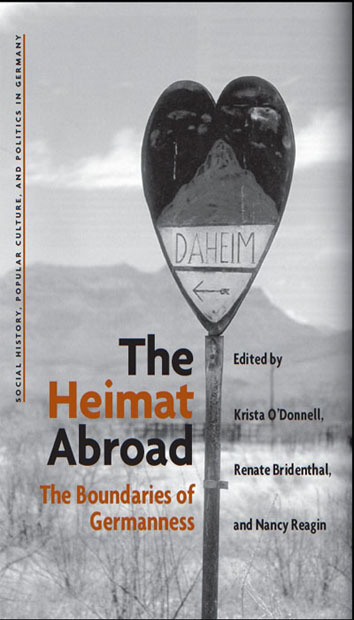 The Heimat Abroad: The Boundaries of Germanness

Krista O'Donnell, Renate Bridenthal, and Nancy Reagin, Eds. 2005
Germans have been one of the most mobile and dispersed populations on earth. Communities of German speakers, scattered around the globe, have long believed they could recreate their Heimat (homeland) wherever they moved, and that their enclaves could remain truly German. Furthermore, the history of Germany is inextricably tied to Germans outside the homeland who formed new communities that often retained their Germanness. Emigrants, including political, economic, and religious exiles such as Jewish Germans, fostered a nostalgia for home, which, along with longstanding mutual ties of family, trade, and culture, bound them to Germany.

The Heimat Abroad is the first book to examine the problem of Germany's long and complex relationship to ethnic Germans outside its national borders. Beyond defining who is German and what makes them so, the book reconceives German identity and history in global terms and challenges the nation state and its borders as the sole basis of German nationalism.

Renete Bridenthal is Emerita Professor of History, Brooklyn College of the City University of New York.