How Sondheim Found His Sound

You don't have access to this book. Please try to log in with your institution. Log in
Read Book Buy Book
"The research is voluminous, as is the artistry and perceptiveness. Swayne has lived richly within the world of Sondheim's music."

"Sondheim's career and music have never been so skillfully dissected, examined, and put in context. With its focus on his work as composer, this book is surprising and welcome."

"What a fascinating book, full of insights large and small. An impressive analysis and summary of Sondheim's many sources of inspiration. All fans of the composer and lovers of Broadway in general will treasure and frequently refer to Swayne's work."

Stephen Sondheim has made it clear that he considers himself a "playwright in song." How he arrived at this unique appellation is the subject of How Sondheim Found His Sound---an absorbing study of the multitudinous influences on Sondheim's work.

Taking Sondheim's own comments and music as a starting point, author Steve Swayne offers a biography of the artist's style, pulling aside the curtain on Sondheim's creative universe to reveal the many influences---from classical music to theater to film---that have established Sondheim as one of the greatest dramatic composers of the twentieth century.

Sondheim has spoken often and freely about the music, theater, and films he likes, and on occasion has made explicit references to how past works crop up in his own work. He has also freely acknowledged his eclecticism, seeing in it neither a curse nor a blessing but a fact of his creative life.

Among the many forces influencing his work, Sondheim has readily pointed to a wide field: classical music from 1850 to 1950; the songs of Tin Pan Alley, Broadway, and Hollywood; the theatrical innovations of Oscar Hammerstein II and his collaborators; the cinematic elements found in certain film schools; and the melodramatic style of particular plays and films. Ultimately, Sondheim found his sound by amalgamating these seemingly disparate components into his unique patois.

How Sondheim Found His Sound is the first book to provide an overview of his style and one of only a few to account for these various components, how they appear in Sondheim's work, and how they affect his musical and dramatic choices. 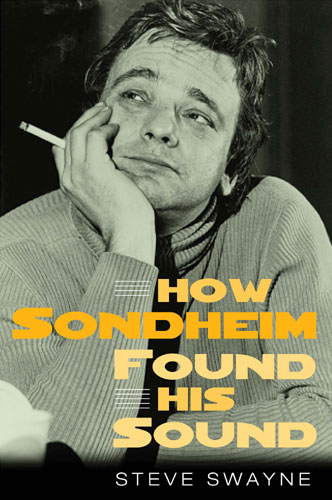