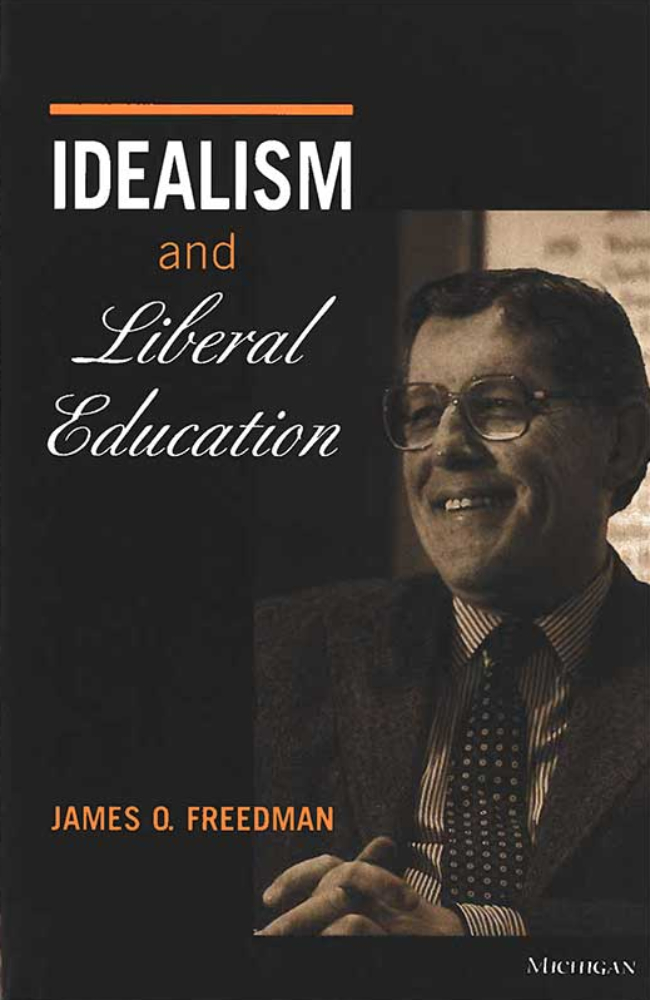 You do not have access to this book. How to get access.
With refreshing eloquence, James O. Freedman sets down the American ideals that have informed his life as an intellectual, a law professor, and a college and university president. He examines the content and character of liberal education, discusses the importance of letters and learning in forming his own life and values, and explores how the lessons and the habits of mind instilled by a liberal education can give direction and meaning to one's life. He offers a stirring defense of affirmative action in higher education. And he describes how, in the midst of undergoing chemotherapy for cancer, liberal education helped him in that most human of desires--the yearning to make order and sense out of his experience.

Part intellectual biography and part examination of the world of higher education, Idealism and Liberal Education is a quintessentially American book, animated by a confidence that reason, knowledge, idealism, and the better angels of our natures will further human progress.

This volume speaks to all Americans who are drawn to the power of liberal education and democratic citizenship and who yearn for the inspiration to lead thoughtful, committed lives.

"This thought-provoking book should be required reading for young people entering college and for the people who advise them. Freedman explores the purpose and importance of a liberal education in shaping values, character, and imagination and convincingly argues for the need for the wisdom and perspective it provides, whatever one's chosen field."--Marian Wright Edelman, President, Children's Defense Fund

"In this wide-ranging series of essays, Freedman reveals himself again as one of America's most erudite, articulate, and reflective university presidents. Students, parents, fellow presidents, and all who love learning will find something in these pages to ponder with profit."--Derek Bok, Former President, Harvard University

Idealism and Liberal Education is an inspiring intellectual diary of James O. Freedman. . . . It is a forceful affirmation of liberal education as a social and cultural force in shaping the minds and characters of our youth as future citizens and leaders of our democracy. It is a tribute to the joy of learning."--Vartan Gregorian, President, Brown University

"Beautifully written and a pleasure to read. At a time when the idea of the liberal university is under attack from all sides, Freedman has given a wondrous personal reaffirmation of its place in our lives."--David Halberstam