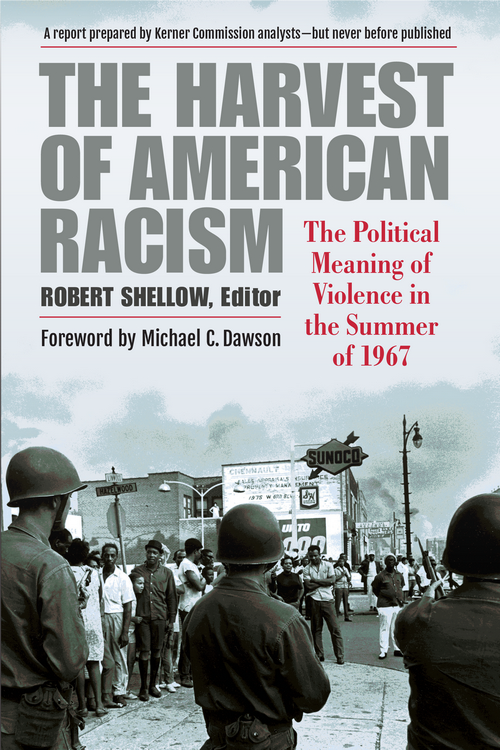 The Harvest of American Racism: The Political Meaning of Violence in the Summer of 1967

You do not have access to this book. How to get access.
In the summer of 1967, in response to violent demonstrations that rocked 164 U.S. cities, the National Advisory Commission on Civil Disorders, a.k.a. the Kerner Commission, was formed. The Commission sought reasons for the disturbances, including the role that law enforcement played. Chief among its research projects was a study of 23 American cities, headed by social psychologist Robert Shellow. An early draft of the scientists' analysis, titled "The Harvest of American Racism: The Political Meaning of Violence in the Summer of 1967," provoked the Commission's staff in November 1967 by uncovering political causes for the unrest; the team of researchers was fired, and the controversial report remained buried at the LBJ Presidential Library until now.

The first publication of the Harvest report half a century later reveals that many of the issues it describes are still with us, including how cities might more effectively and humanely react to groups and communities in protest. In addition to the complete text of the suppressed Harvest report, the book includes an introduction by Robert Shellow that provides useful historical context; personal recollections from four of the report's surviving social scientists, Robert Shellow, David Boesel, Gary T. Marx, and David O. Sears; and an appendix outlining the differences between the unpublished Harvest analysis and the well-known Kerner Commission Report that followed it.

"The [Harvest of American Racism] report was rejected by Johnson administration functionaries as being far too radical—politically 'unviable'... Social science can play an extremely positive role in fighting racial and other injustice and inequality, but only if it is matched with a powerful political will to implement the findings.  That will has never come from within an American presidential administration—that will has only been forged in black and other radical communities' movements for justice. The political power for change, as incremental as it has been, has come from within those communities. Washington responds, it does not lead."

—from the Foreword by Michael C. Dawson