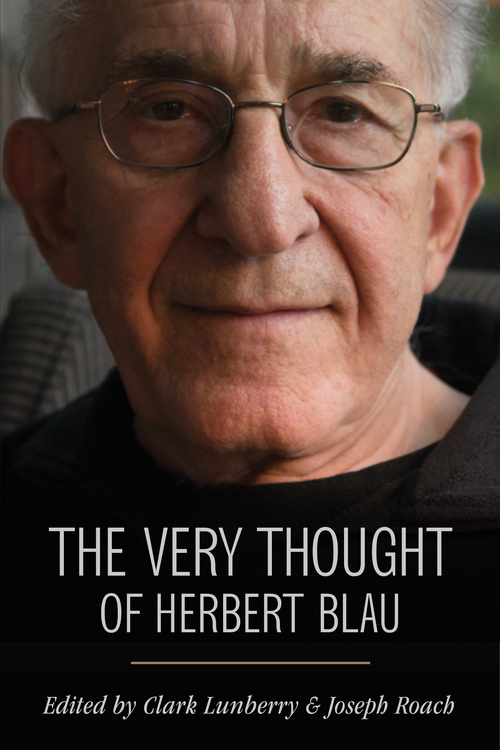 The Very Thought of Herbert Blau

You do not have access to this book. How to get access.
Herbert Blau (1926–2013) was the most influential theater theorist, practitioner, and educator of his generation. He was the leading American interpreter of the works of Samuel Beckett and as a director was instrumental in introducing works of the European avant-garde to American audiences. He was also one of the most far-reaching and thoughtful American theorists of theater and performance, and author of influential books such as The Dubious Spectacle, The Audience, and Take Up the Bodies: Theater at the Vanishing Point.