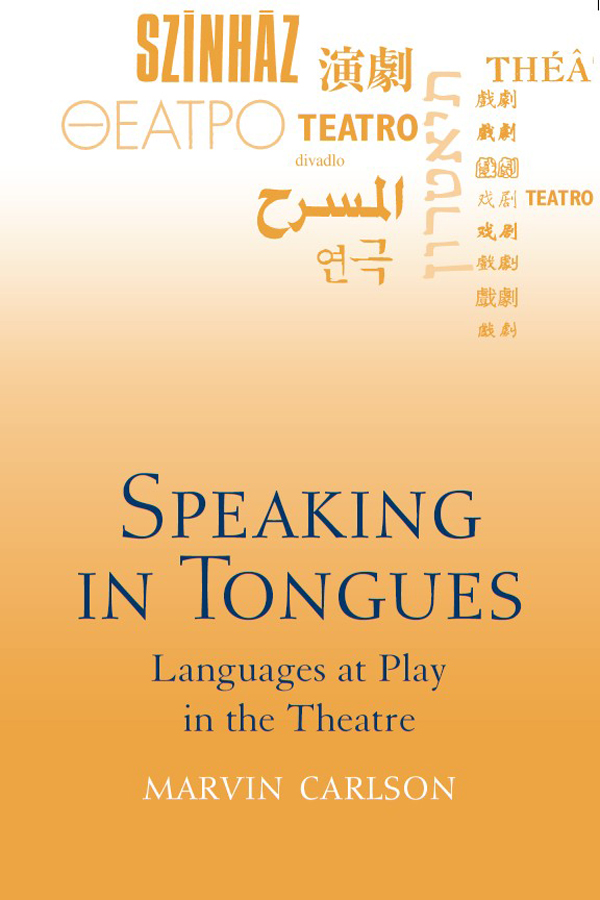 Speaking in Tongues: Languages at Play in the Theatre

You do not have access to this book. How to get access.
Speaking in Tongues presents a unique account of how language has been employed in the theatre, not simply as a means of communication but also as a stylistic and formal device, and for a number of cultural and political operations. The use of multiple languages in the contemporary theatre is in part a reflection of a more globalized culture, but it also calls attention to how the mixing of language has always been an important part of the functioning of theatre.

The book begins by investigating various "levels" of language-high and low style, prose and poetry-and the ways in which these have been used historically to mark social positions and relationships. It next considers some of the political and historical implications of dialogue theatre, as well as theatre that literally employs several languages, from classical Greek examples to the postmodern era. Carlson treats with special attention the theatre of the postcolonial world, and especially the triangulation of the local language, the national language, and the colonial language, drawing on examples of theatre in the Caribbean, Africa, Australia, and New Zealand. Finally, Carlson considers the layering of languages in the theatre, such as the use of supertitles or simultaneous signing.

Speaking in Tongues draws important social and political conclusions about the role of language in cultural power, making a vital contribution to the fields of theatre and performance.

Marvin Carlson is Sidney E. Cohn Professor of Theatre and Comparative Literature, CUNY Graduate Center. He is author of Performance: A Critical Introduction; T_heories of the Theatre: A Historical and Critical Survey, from the Greeks to the Present_; and The Haunted Stage: The Theatre as Memory Machine, among many other books.