You don't have access to this book. Please try to log in with your institution. Log in
Read Book Buy Book
Entrepreneurial Seoulite might be read as a memoir on Hongdae based on the author's observations as a member of South Korea's Generation X. During the 1990's, Hongdae became widely known as a cool place associated with discourses on alternative music, independent labels, and club culture. Today, Hongdae is well known for its youth culture and nightlife, as well as its gentrification.

Recent research on Korean culture approaches the K-wave phenomenon from the perspectives of cultural consumption, media analysis, and cultural management and policy. Meanwhile, studies on Seoul have centered on its transformation as a global, creative city. Rather than examining the K-wave or the city itself, this book explores the experience of living through the city-in-transition, focusing on the relationship between "the ideology that justified engagement in capitalism" and the "subjectification process." The book aims to understand the project to institutionalize a cultural district in Hongdae as a demonstration of the coevolution of ideologies and citizenship in a society undergoing rapid liberalization—politically, culturally, and economically.

A cultural turn took place in Korea during the 1990s, amid the economic prosperity driven by state-led industrialization and the collapse of the military dictatorship due to democratization movements. Cultural critiques, emerging as an alternative to social movements, proliferated to assert the freedom and autonomy of individuals against regulatory systems and institutions. The nation was hit by the Asian financial crisis in 1997, and witnessed massive economic restructuring including layoffs, stakeouts, and a prevalence of contingent employment. As a result, the entire nation had to find new engines of economic growth while experiencing a creative destruction. At the center of this national transformation, Seoul has sought to recreate itself from a mega city to a global city, equipped with cutting-edge knowledge industries and infrastructures.

By juxtaposing the cultural turn and cultural/creative city-making, Entrepreneurial Seoulite interrogates the formation of new citizen subjectivity, namely the enterprising self, in post-Fordist Seoul. What kinds of logic guide individuals in the engagement of new urban realities in rapidly liberalized Seoul—culturally and economically? In order to explore this query, Mihye Cho draws on Weber's concept of "the spirit of capitalism" on the formation of a new economic agency focusing on the re-configuration of meanings, and seeks to capture a transformative moment detailing when and how capitalism requests a different spirit and lifestyle of its participants. Likewise, this book approaches the enterprising self as the new spirit of post-Fordist Seoul and explores the ways in which people in Seoul internalize and negotiate this new enterprising self. 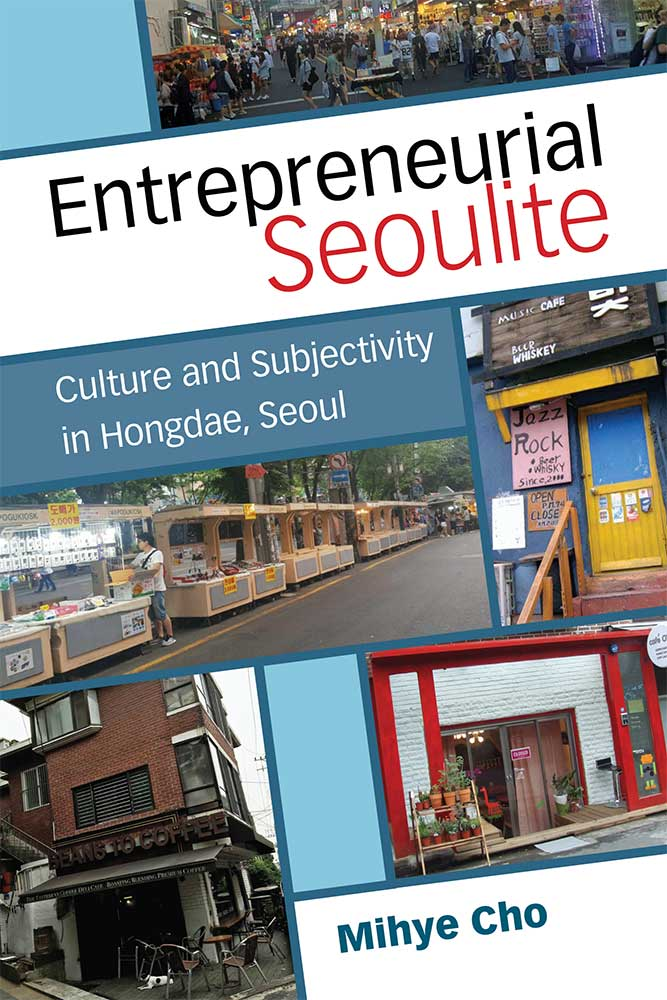