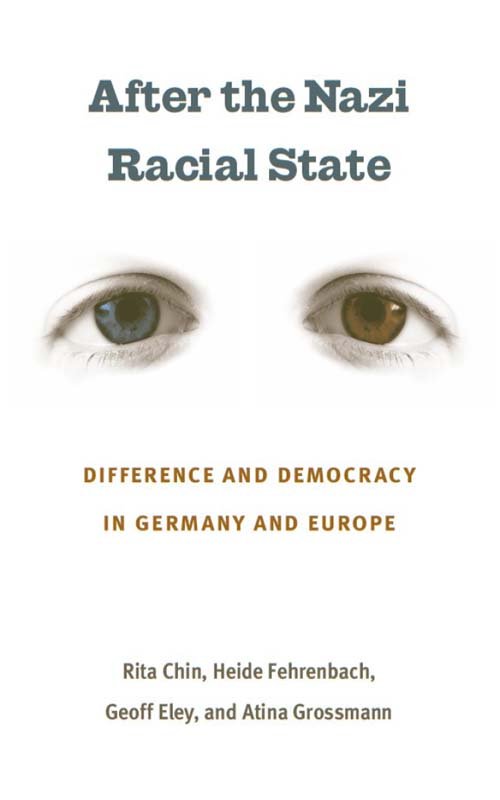 After the Nazi Racial State: Difference and Democracy in Germany and Europe

You do not have access to this book. How to get access.
"After the Nazi Racial State offers a comprehensive, persuasive, and ambitious argument in favor of making 'race' a more central analytical category for the writing of post-1945 history. This is an extremely important project, and the volume indeed has the potential to reshape the field of post-1945 German history."

What happened to "race," race thinking, and racial distinctions in Germany, and Europe more broadly, after the demise of the Nazi racial state? This book investigates the afterlife of "race" since 1945 and challenges the long-dominant assumption among historians that it disappeared from public discourse and policy-making with the defeat of the Third Reich and its genocidal European empire. Drawing on case studies of Afro-Germans, Jews, and Turks---arguably the three most important minority communities in postwar Germany---the authors detail continuities and change across the 1945 divide and offer the beginnings of a history of race and racialization after Hitler. A final chapter moves beyond the German context to consider the postwar engagement with "race" in France, Britain, Sweden, and the Netherlands, where waves of postwar, postcolonial, and labor migration troubled nativist notions of national and European identity.

After the Nazi Racial State poses interpretative questions for the historical understanding of postwar societies and democratic transformation, both in Germany and throughout Europe. It elucidates key analytical categories, historicizes current discourse, and demonstrates how contemporary debates about immigration and integration---and about just how much "difference" a democracy can accommodate---are implicated in a longer history of "race." This book explores why the concept of "race" became taboo as a tool for understanding German society after 1945. Most crucially, it suggests the social and epistemic consequences of this determined retreat from "race" for Germany and Europe as a whole.

Rita Chin is Associate Professor of History at the University of Michigan.

Geoff Eley is Karl Pohrt Distinguished University Professor of Contemporary History at the University of Michigan.

Atina Grossmann is Professor of History at Cooper Union.