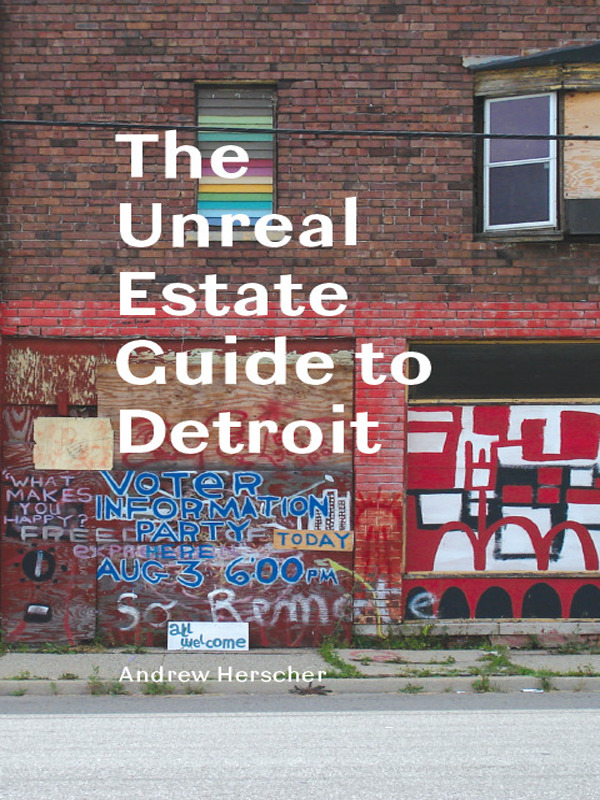 The Unreal Estate Guide to Detroit

OPEN ACCESS
Intense attention has been paid to Detroit as a site of urban crisis. This crisis, however, has not only yielded the massive devaluation of real estate that has so often been noted; it has also yielded an explosive production of seemingly valueless urban property that has facilitated the imagination and practice of alternative urbanisms. The first sustained study of Detroit's alternative urban cultures, The Unreal Estate Guide to Detroit initiates a new focus on Detroit as a site not only of urban crisis but also of urban possibility.

The Guide documents art and curatorial practices, community and guerilla gardens, urban farming and forestry, cultural platforms, living archives, evangelical missions, temporary public spaces, intentional communities, furtive monuments, outsider architecture, and other work made possible by the ready availability of urban space in Detroit. The Guide poses these spaces as "unreal estate": urban territory that has slipped through the free- market economy and entered other regimes of value, other contexts of meaning, and other systems of use. The appropriation of this territory in Detroit, the Guide suggests, offers new perspectives on what a city is and can be, especially in a time of urban crisis.