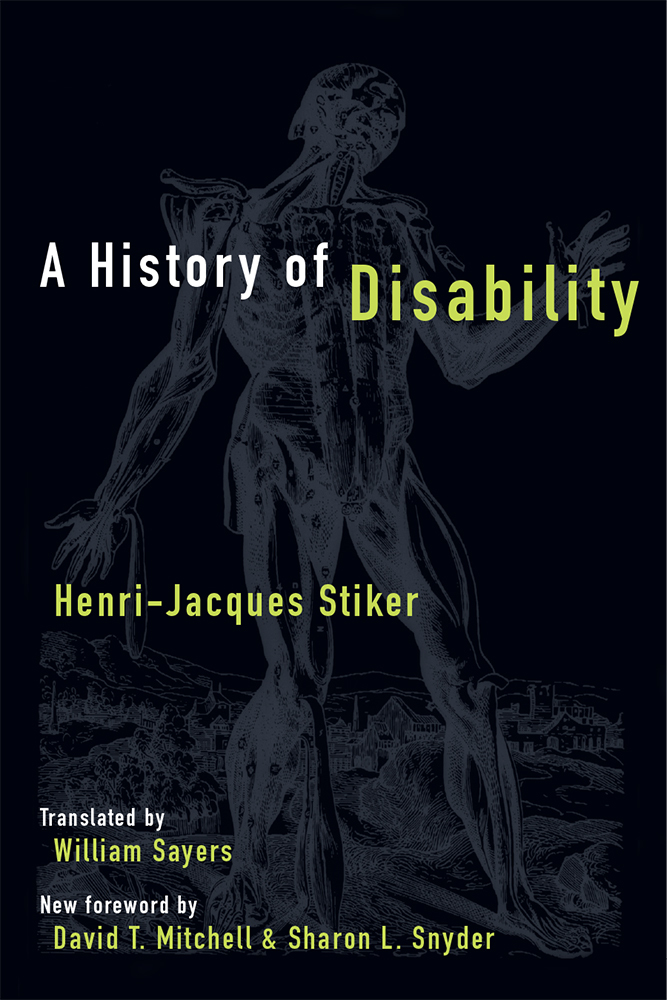 A History of Disability

Henri-Jacques Stiker 2019
The first book to attempt to provide a framework for analyzing disability through the ages, Henri-Jacques Stiker's now classic A History of Disability traces the history of western cultural responses to disability, from ancient times to the present. The sweep of the volume is broad; from a rereading and reinterpretation of the Oedipus myth to legislation regarding disability, Stiker proposes an analytical history that demonstrates how societies reveal themselves through their attitudes towards disability in unexpected ways. Through this history, Stiker examines a fundamental issue in contemporary Western discourse on disability: the cultural assumption that equality/sameness/similarity is always desired by those in society. He highlights the consequences of such a mindset, illustrating the intolerance of diversity and individualism that arises from placing such importance on equality. Working against this thinking, Stiker argues that difference is not only acceptable, but that it is desirable, and necessary.

This new edition of the classic volume features a new foreword by David T. Mitchell and Sharon L. Snyder that assesses the impact of Stiker's history on Disability Studies and beyond, twenty years after the book's translation into English. The book will be of interest to scholars of disability, historians, social scientists, cultural anthropologists, and those who are intrigued by the role that culture plays in the development of language and thought surrounding people with disabilities.