You don't have access to this book. Please try to log in with your institution. Log in
Read Book Buy Book
"New theoretical propositions, original data, and rigorous empirical tests are what one looks for in cutting-edge social science. Fortunately, all three are apparent in Ethnic Cues. The author has pushed his thinking to develop new ways of understanding and explaining patterns of Latino voting behavior."

"Matt Barreto investigates some of the ramifications of two new related developments in American political life: the stunning growth of the Latino immigrant population in recent decades and the accompanying exponential explosion in the number of Latino candidates running for political office at the local, state, and national levels."

Until recently, much of the research on political participation has resisted the idea that Latino voters rely on ethnic cues. The discussion has become increasingly salient as political strategists have learned to define individual voting blocs and mobilize them in support of a candidate. Nourished by the debate over immigration, the search for the Latino voter has now blossomed into a national political obsession.

Against this background, Matt A. Barreto assays the influence of ethnic identification on Latinos' voting behavior. Barreto asks whether the presence of co-ethnic candidates actually does mobilize Latino voters in support of these candidates. His analysis of in-depth candidate interviews, public opinion surveys, official election results, and statistics finds that it does. He goes on to describe the dynamic of voting in the Latino community and sharpens our appreciation of how ethnic considerations influence the electoral choices of Americans more generally. In a time of intensely focused campaign appeals, Barreto's work has much to tell us about the mechanics of public opinion and the role of race and ethnicity in voting behavior.

Matt A. Barreto is Associate Professor of Political Science at the University of Washington and Director of the Washington Institute for the Study of Ethnicity, Race, and Sexuality (WISER). 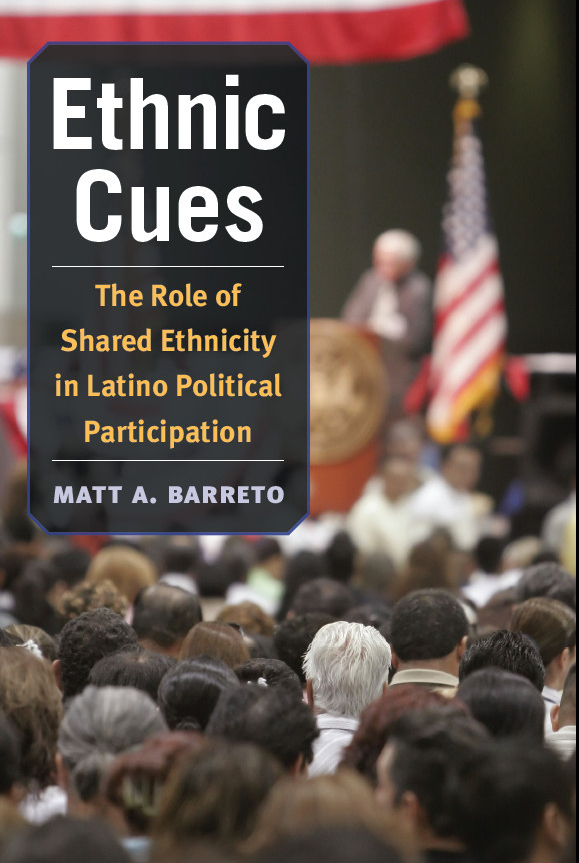