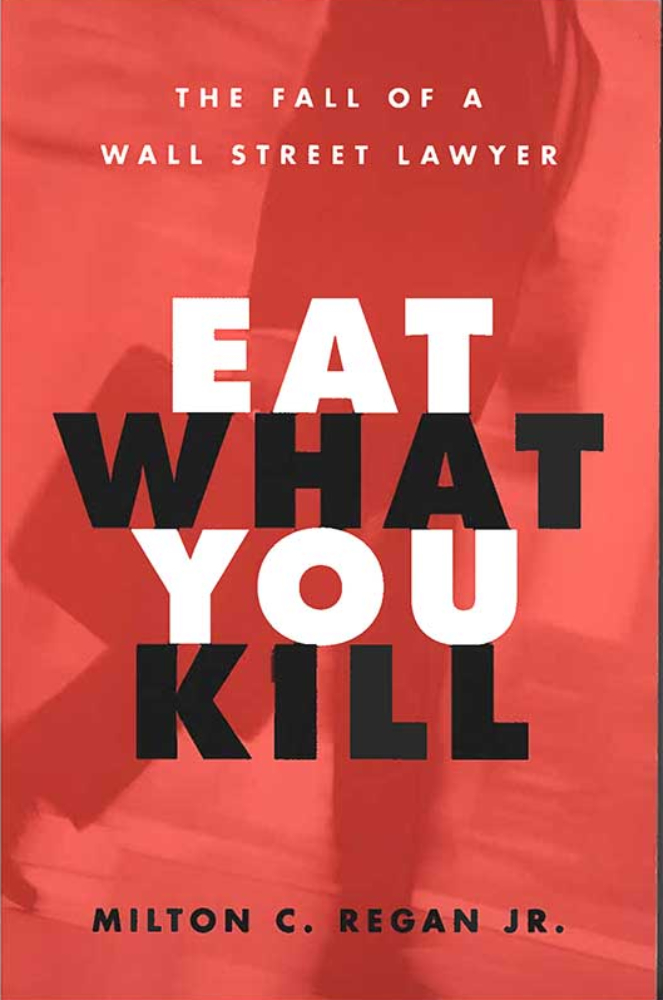 Eat What You Kill: The Fall of a Wall Street Lawyer

You do not have access to this book. How to get access.
"A wonderful character study of someone whose cognitive dissonance ('I am brilliant, therefore I must be doing everything correctly') led directly to his downfall. Students would do well to read this book before venturing forth into a large firm, a small firm, or any pressure-cooker environment."

"Eat What You Kill is gripping and well written. . . . It weaves in academic commentary and understanding of professional ethics issues in a way that makes it accessible to everyone."

He had it all, and then he lost it. But why did he do it, risking everything-wealth, success, livelihood, freedom, and the security of family?

Eat What You Kill is the story of John Gellene, a rising star and bankruptcy partner at one of Wall Street's most venerable law firms. But when Gellene became entangled in a web of conflicting corporate and legal interests involving one of his clients, he was eventually charged with making false statements, indicted, found guilty of a federal crime, and sentenced to prison.

Milton C. Regan Jr. uses Gellene's case to prove that such conflicting interests are now disturbingly commonplace in the world of American corporate finance. Combining a journalist's eye with sharp psychological insight, Regan spins Gellene's story into a gripping drama of fundamental tensions in modern-day corporate practice and describes in perfect miniature the inexorable confluence of the interests of American corporations and their legal counselors.

This confluence may seem natural enough, but because these law firms serve many masters-corporations, venture capitalists, shareholder groups-it has paradoxically led to deep, pervasive conflicts of interest. Eat What You Kill gives us the story of a man trapped in this labyrinth, and reveals the individual and systemic factors that contributed to Gellene's demise.