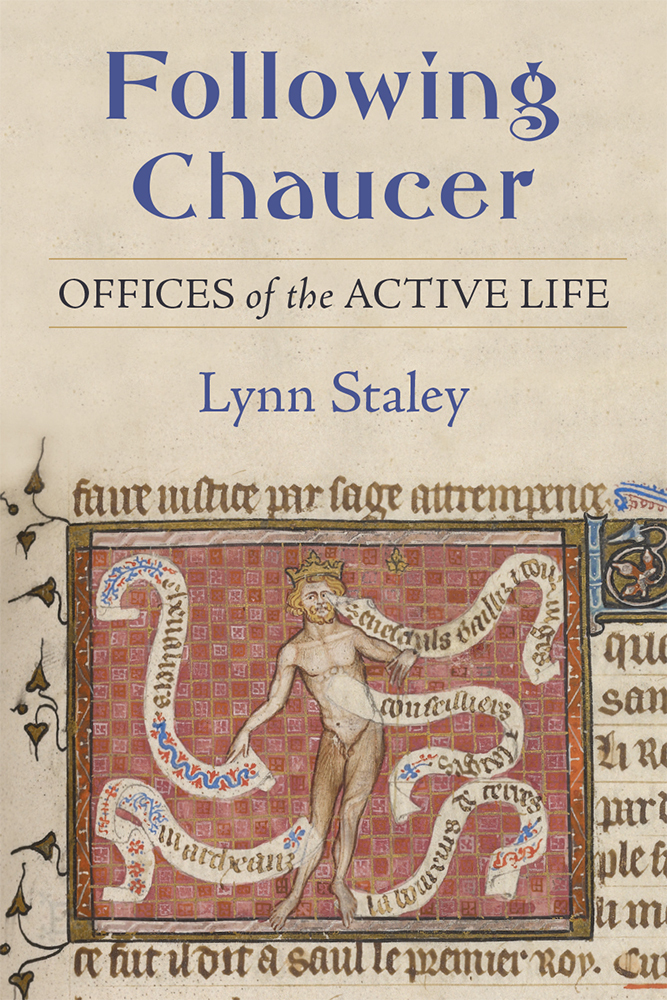 Lynn Staley 2020
Following Chaucer: Offices of the Active Life explores three representative figures—the royal woman, the poet, and the merchant—in relation to the concept of "office," which Cicero linked to the health of the republic, but Chaucer to that of the common good. Not usually conjoined to the term "office," these three figures, situated in the active life, were not firmly mapped onto the body politic, which was used to figure a relational and ordered social body ruled by the king, the head. These figures are points of entry into a set of questions rooted in Chaucer's understanding of his cultural and historical past and in his keen appraisal of the social dynamics of his own time that also reverberate in the centuries after Chaucer's death.

Following Chaucer does not trace influence but uses Chaucer's likely reading, circumstances, and literary and social affiliations as guides to understanding his poetry, within the context of late medieval English culture and the reshaping of the concept of these particular offices that suited the needs of a future whose dynamics he anticipated. His understanding of the importance of the Ciceronian concept of office within the active life, his profound cultural awareness, and his probing of the foundations of social change provide him with a keen sense of the persistent tensions and inconsistencies that are fundamental to his poetry.

1 - 6 of 6
Number of results to display per page
View results as:
List Gallery