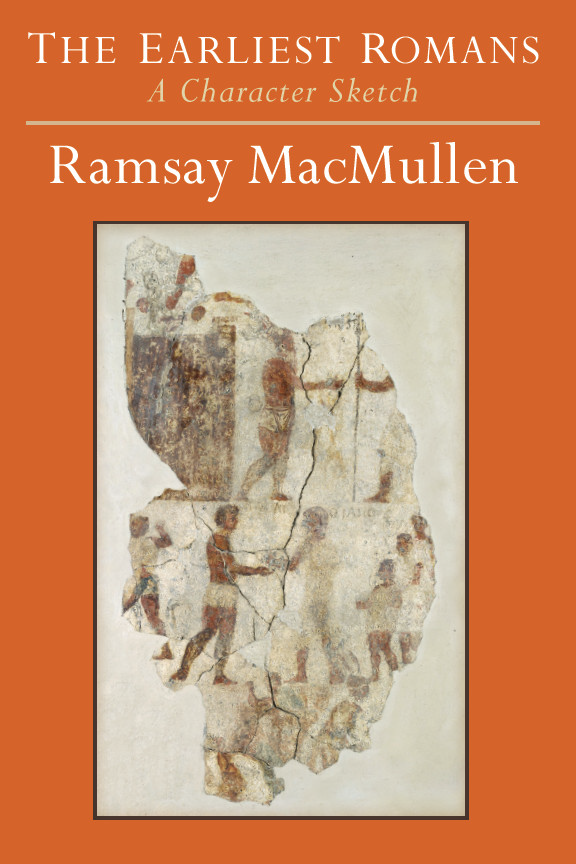 The Earliest Romans: A Character Sketch

You do not have access to this book. How to get access.
"A vibrant account that puts flesh on the bare bones of early Roman history."

The ancient Romans' story down to 264 B.C. can be made credible by stripping away their later myths and inventions to show how their national character shaped their destiny.

After many generations of scholarly study, consensus is clear: the account in writers like Livy is not to be trusted because their aims were different from ours in history-writing. They wanted their work to be both improving and diverting. It should grow out of the real past, yes, but if that reality couldn't be recovered, or was uncertain, their art did not forbid invention. It more than tolerated dramatic incidents, passions, heroes, heroines, and villains. If, however, all this resulting ancient fiction and adornment are pruned away, a national character can be seen in the remaining bits and pieces of credible information, to explain the familiar story at least in its outlines.

To doubt the written sources has long been acceptable, but this or that detail or narrative section must always be left for salvage by special pleading. To press home the logic of doubt is new. To reach beyond the written sources for a better support in excavated evidence is no novelty; but it is a novelty, to find in archeology the principal substance of the narrative---which is the choice in this book. To use this in turn for the discovery of an ethnic personality, a Roman national character, is key and also novel.

What is repeatedly illustrated and emphasized here is the distance traveled by the art or craft of understanding the past---"history" in that sense---over the course of the last couple of centuries. The art cannot be learned, because it cannot be found, through studying Livy and Company. Readers who care about either of the two disciplines contrasted, Classics and History, may find this argument of interest.

"Like Thucydides of the hyperactive Athenians and de Tocqueville of the nation-building Americans, MacMullen here draws a character sketch of the early Romans---the men who built Rome, conquered Italy, and created an empire. Based on profound familiarity with history, evidence, and their better-known descendants, attention to what they did and failed to do, remarkable insight, empathy, constructive imagination, and not without humor, he reconstructs the homo Romanus and thus helps us imagine what he was like, and understand why he achieved what he did. This little book is informative, full of important ideas, and delightful to read."