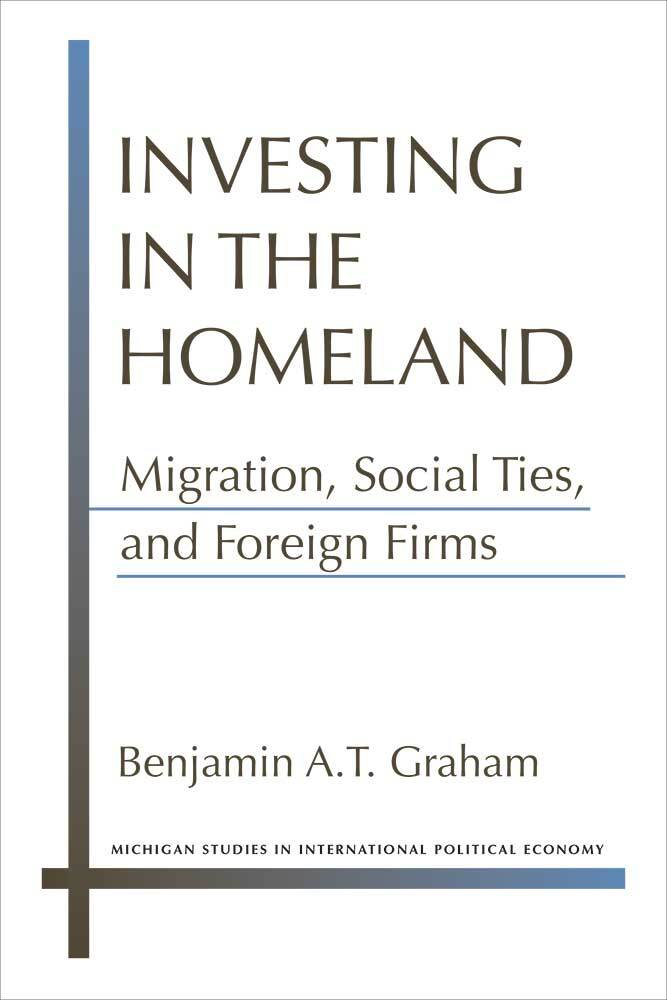 Investing in the Homeland: Migration, Social Ties, and Foreign Firms

Benjamin A.T. Graham 2019
Once viewed as a "brain drain," migrants are increasingly viewed as a resource for promoting economic development back in their home countries. In Investing in the Homeland, Benjamin Graham finds that diasporans—migrants and their descendants—play a critical role in linking foreign firms to social networks in developing countries, allowing firms to flourish even in challenging political environments most foreign investors shun.

Graham's analysis draws on new data from face-to-face interviews with the managers of over 450 foreign firms operating in two developing countries: Georgia and the Philippines. Diaspora-owned and diaspora-managed firms are better connected than other foreign firms and they use social ties to resolve disputes and influence government policy. At the same time, Graham shows that diaspora-affiliated firms are no more socially responsible than their purely foreign peers—at root, they are profit-seeking enterprises, not development NGOs. Graham identifies implications for policymakers seeking to capture the development potential of diaspora investment and for managers of multinational firms who want to harness diasporans as a source of sustained competitive advantage.