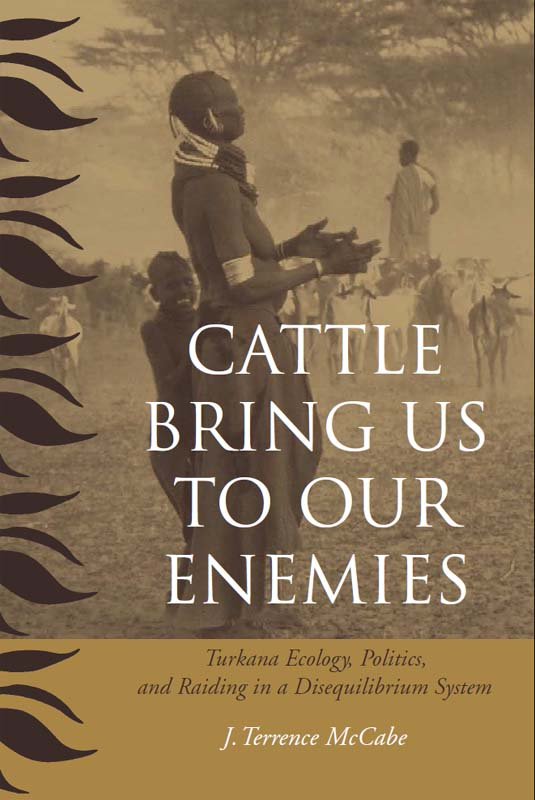 Cattle Bring Us to Our Enemies: Turkana Ecology, Politics, and Raiding in a Disequilibrium System

You do not have access to this book. How to get access.
An in-depth look at the ecology, history, and politics of land use among the Turkana pastoral people in Northern Kenya

Based on sixteen years of fieldwork among the pastoral Turkana people, McCabe examines how individuals use the land and make decisions about mobility, livestock, and the use of natural resources in an environment characterized by aridity, unpredictability, insecurity, and violence. The Turkana are one of the world's most mobile peoples, but understanding why and how they move is a complex task influenced by politics, violence, historical relations among ethnic groups, and the government, as well as by the arid land they call home.

As one of the original members of the South Turkana Ecosystem Project, McCabe draws on a wealth of ecological data in his analysis. His long-standing relationship with four Turkana families personalize his insights and conclusions, inviting readers into the lives of these individuals, their families, and the way they cope with their environment and political events in daily life.

J. Terrence McCabe is Associate Professor of Anthropology, University of Colorado at Boulder.