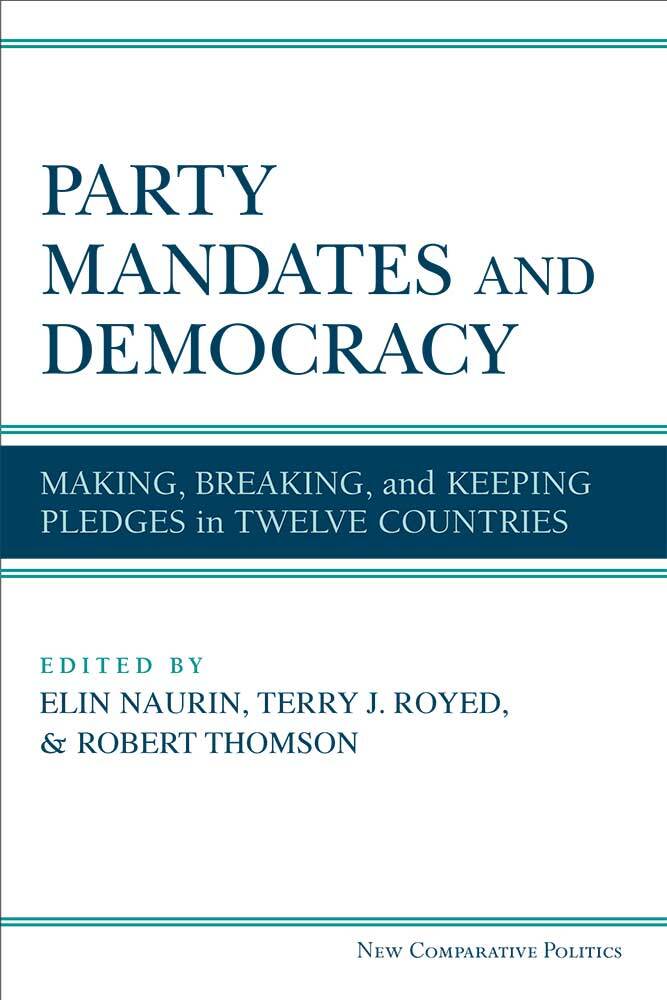 Elin Naurin, Terry J. Royed, and Robert Thomson, Editors 2019
When people discuss politics, they often mention the promises politicians make during election campaigns. Promises raise hopes that positive policy changes are possible, but people are generally skeptical of these promises. Party Mandates and Democracy reveals the extent to and conditions under which governments fulfill party promises during election campaigns. Contrary to conventional wisdom a majority of pledges—sometimes a large majority—are acted upon in most countries, most of the time.

The fulfillment of parties' election pledges is an essential part of the democratic process. This book is the first major, genuinely comparative study of promises across a broad range of countries and elections, including the United States, Canada, nine Western European countries, and Bulgaria. The book thus adds to the body of literature on the variety of outcomes stemming from alternative democratic institutions.