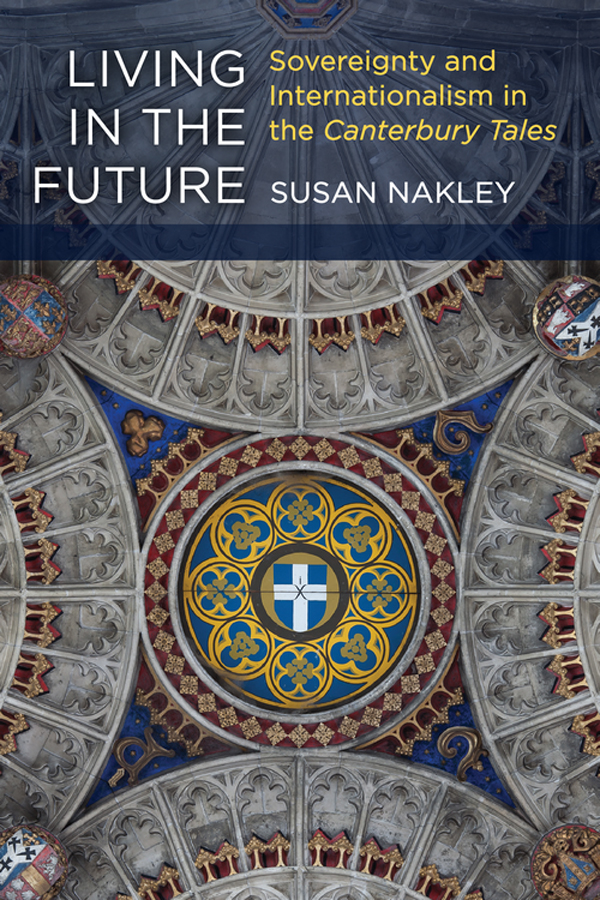 Living in the Future: Sovereignty and Internationalism in the Canterbury Tales

You do not have access to this book. How to get access.
Nationalism, like medieval romance literature, recasts history as a mythologized and seamless image of reality. Living in the Future analyzes how the anachronistic nationalist fantasies in Geoffrey Chaucer's Canterbury Tales create a false sense of England's historical continuity that in turn legitimized contemporary political ambitions. This book spells out the legacy of the Tales that still resonates throughout English literature, exploring the idea of England in the medieval literary imagination as well as critiquing more recent centuries' conceptions of Chaucer's nationalism.

Chaucer uses two extant national ideals, sovereignty and domesticity, to introduce the concept of an English nation into the contemporary popular imagination and reinvent an idealized England as a hallowed homeland. For nationalist thinkers, sovereignty governs communities with linguistic, historical, cultural, and religious affinities. Chaucerian sovereignty appears primarily in romantic and household contexts that function as microcosms of the nation, reflecting a pseudo-familial love between sovereign and subjects and relying on a sense of shared ownership and judgment. This notion also has deep affinities with popular and political theories flourishing throughout Europe. Chaucer's internationalism, matched with his artistic use of the vernacular and skillful distortions of both time and space, frames a discrete sovereign English nation within its diverse interconnected world.

As it opens up significant new points of resonance between postcolonial theories and medieval ideas of nationhood, Living in the Future marks an important contribution to medieval literary studies. It will be essential for scholars of Middle English literature, literary history, literary political and postcolonial theory, and literary transnationalism.