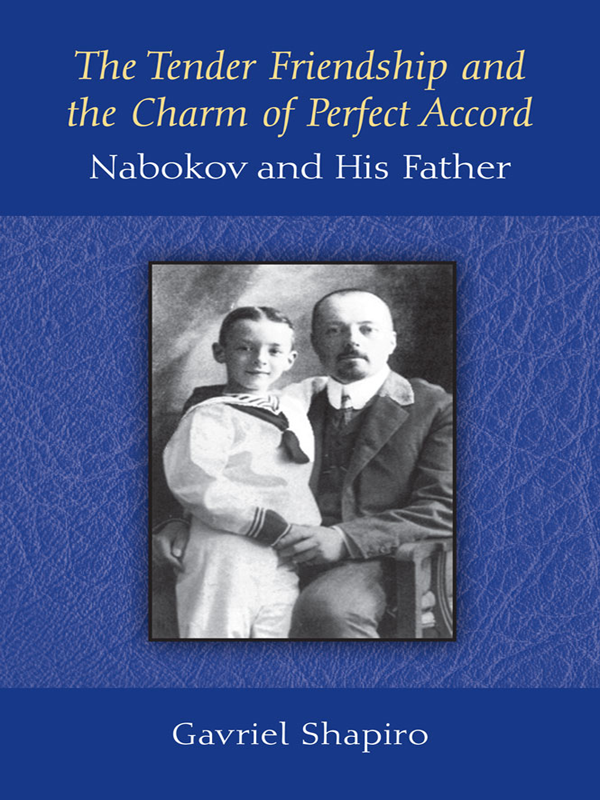 The Tender Friendship and the Charm of Perfect Accord: Nabokov and His Father

You do not have access to this book. How to get access.
Vladimir Nabokov (1899–1977), a writer of world renown, grew up in a culturally refined family with diverse interests. Nabokov's father, Vladimir Dmitrievich (1870–1922), was a distinguished jurist and statesman at the turn of the twentieth century. He was also a great connoisseur and aficionado of literature, painting, theater, and music as well as a passionate butterfly collector, keen chess player, and avid athlete. This book, the first of its kind, examines Vladimir Nabokov's life and works as impacted by his distinguished father. It demonstrates that V. D. Nabokov exerted the most fundamental influence on his son, making this examination pivotal to understanding the writer's personality and his world perception, as well as his literary, scholarly, and athletic accomplishments. The book contains never heretofore published archival materials. It is appended with rare articles by Nabokov and his father and is accompanied by old photographs. In addition, the book constitutes a survey of sorts of Russian civilization at the turn of the twentieth century by providing a partial view of the multifaceted picture of Imperial Russia in its twilight hours. The book illumines the historical background, political struggle, juridical battles, and literary and artistic life as well as athletic activities during the epoch, rich in cultural events and fraught with sociopolitical upheavals.

Cover illustration: Vladimir Nabokov and his father, 1906. The Nabokov family photographs. Copyright © The Estate of Vladimir Nabokov, used by permission of The Wylie Agency, LLC; and of The Henry W. and Albert A. Berg Collection of English and American Literature, The New York Public Library, Astor, Lenox and Tilden Foundations.