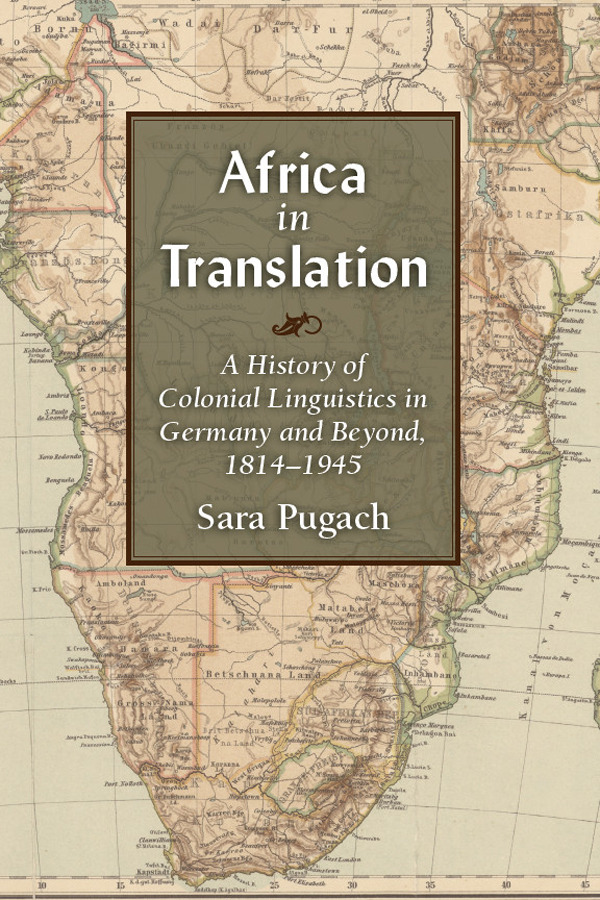 Africa in Translation: A History of Colonial Linguistics in Germany and Beyond, 1814-1945

Sara Pugach 2012
"Africa in Translation is a thoughtful contribution to the literature on colonialism and culture in Germany and will find readers in the fields of German history and German studies as well as appealing to audiences in the large and interdisciplinary fields of colonialism and postcolonialism."

The study of African languages in Germany, or Afrikanistik, originated among Protestant missionaries in the early nineteenth century and was incorporated into German universities after Germany entered the "Scramble for Africa" and became a colonial power in the 1880s. Despite its long history, few know about the German literature on African languages or the prominence of Germans in the discipline of African philology. In Africa in Translation: A History of Colonial Linguistics in Germany and Beyond, 1814--1945, Sara Pugach works to fill this gap, arguing that Afrikanistik was essential to the construction of racialist knowledge in Germany. While in other countries biological explanations of African difference were central to African studies, the German approach was essentially linguistic, linking language to culture and national identity. Pugach traces this linguistic focus back to the missionaries' belief that conversion could not occur unless the "Word" was allowed to touch a person's heart in his or her native language, as well as to the connection between German missionaries living in Africa and armchair linguists in places like Berlin and Hamburg. Over the years, this resulted in Afrikanistik scholars using language and culture rather than biology to categorize African ethnic and racial groups. Africa in Translation follows the history of Afrikanistik from its roots in the missionaries' practical linguistic concerns to its development as an academic subject in both Germany and South Africa throughout the nineteenth and twentieth centuries.