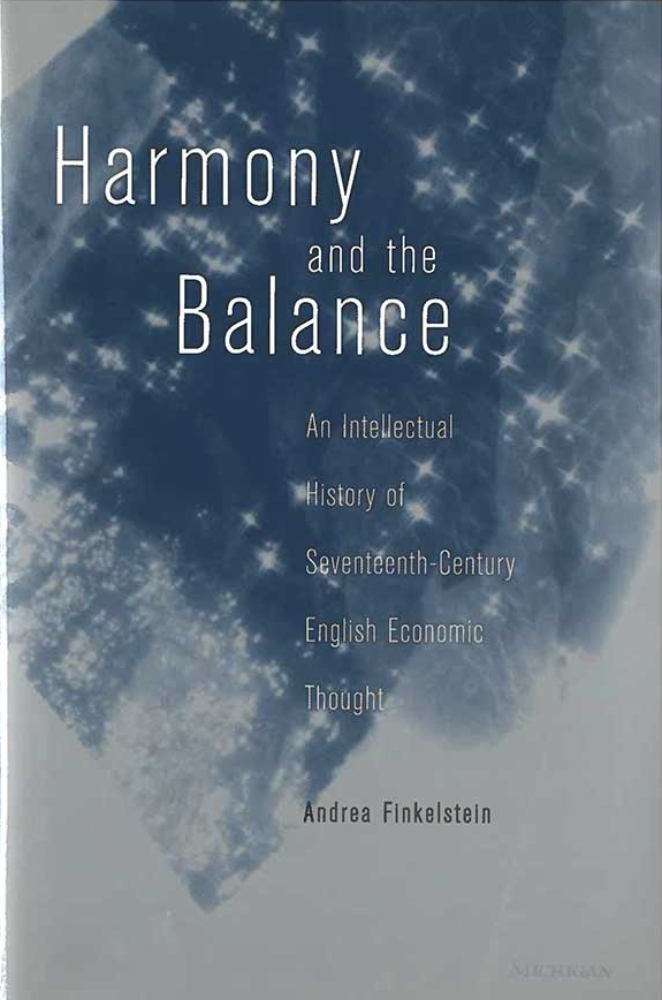 Harmony and the Balance: An Intellectual History of Seventeenth-Century English Economic Thought

You do not have access to this book. How to get access.
Frequently the achievements of pioneering economic writers are assessed by imposing contemporary theories of markets, economics, politics, and history. At last, here is a book that appraises the work of the leading English economic writers of the seventeenth century using intellectual concepts of the time, rather than present-day analytical models, in order to place their economic theories in context. In an analysis that tracks the Stuart century, Andrea Finkelstein traces the progress of such figures as Gerard de Malynes, William Petty, John Locke, and Charles Davenant by inviting us into the great trading companies and halls of parliament where we relive the debates over the coinage, the interest rate, and the nature of money. Furthermore, we see them model their works on the latest developments in physiology, borrow ideas from bookkeeping, and argue over the nature of numbers in an effort to construct a market theory grounded in objective moral value. This comprehensive approach clarifies the relationship between the century's economic ideas and its intellectual thought so that, in the end, readers will be able to judge for themselves whether this really was the age of the Capitalist Geist.

Finkelstein has crafted her book to be both inclusive and interdisciplinary by skillfully integrating biography, political history, economic history, and intellectual theory as well as the economic heritage of its subjects. While the concepts are far from simple, Finkelstein's adroit style presents her analysis in an extremely accessible manner.