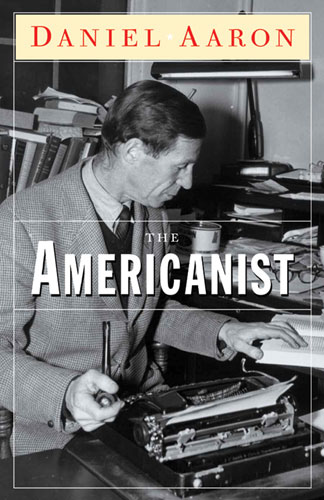 You do not have access to this book. How to get access.
"I have read all of Daniel Aaron's books, and admired them, but in The Americanist I believe he has composed an intellectual and social memoir for which he will be remembered. His self-portrait is marked by personal tact and admirable restraint: he is and is not its subject. The Americanist is a vision of otherness: literary and academic friends and acquaintances, here and abroad. Eloquently phrased and free of nostalgia, it catches a lost world that yet engendered much of our own."

"The Americanist is the absorbing intellectual autobiography of Daniel Aaron, who is the leading proponent and practitioner of American Studies. Written with grace and wit, it skillfully blends Daniel Aaron's personal story with the history of the field he has done so much to create. This is a first-rate book by a first-rate scholar."

The Americanist is author and critic Daniel Aaron's anthem to nearly a century of public and private life in America and abroad. Aaron, who is widely regarded as one of the founders of American Studies, graduated from the University of Michigan, received his Ph.D. from Harvard, and taught for over three decades each at Smith College and Harvard.

Aaron writes with unsentimental nostalgia about his childhood in Los Angeles and Chicago and his later academic career, which took him around the globe, often in the role of America's accidental yet impartial critic. When Walt Whitman, whom Aaron frequently cites as a touchstone, wrote, "I am large, I contain multitudes," he could have been describing Daniel Aaron—the consummate erudite and Renaissance individual whose allegiance to the truth always outweighs mere partisan loyalty.

Not only should Aaron's book stand as a resplendent and summative work from one of the finest thinkers of the last hundred years, it also succeeds on its own as a first-rate piece of literature, on a par with the writings of any of its subjects. The Americanist is a veritable Who's Who of twentieth-century writers Aaron interviewed, interacted with, or otherwise encountered throughout his life: Ralph Ellison, Robert Frost, Lillian Hellman, Richard Hofstadter, Alfred Kazin, Sinclair Lewis, Malcolm Muggeridge, John Crowe Ransom, Upton Sinclair, Edmund Wilson, Leonard Woolf, and W. B. Yeats, to name only a few.