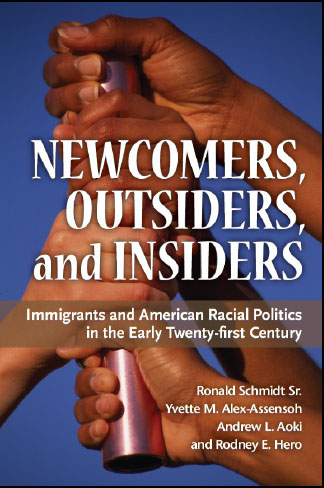 You do not have access to this book. How to get access.
"The authors have done a commendable and impressive job of addressing a topic of long-lasting and increasing significance in U.S. politics."

"This is a path-breaking book that will be read across disciplines beyond political science."

Over the past four decades, the United States has experienced the largest influx of immigrants in its history. Not only has the ratio of European to non-European newcomers changed, but the numbers of recent arrivals from the Asian subcontinent, Southeast Asia, South America, and other regions are increasing.

In this timely study, a team of political scientists examines how the arrival of these newcomers has affected the efforts of long-standing U.S. minority groups---Blacks, Latinos, and Asian Pacific Americans---to gain equality through greater political representation and power. The authors predict that, for some time to come, the United States will function as a complex multiracial hierarchy, rather than as a genuine democracy.

Yvette M. Alex-Assensoh is Associate Professor of Political Science and Dean of the Office for Women's Affairs (OWA) at Indiana University, Bloomington.

Rodney E. Hero is Professor of Political Science at the University of California, Berkeley.