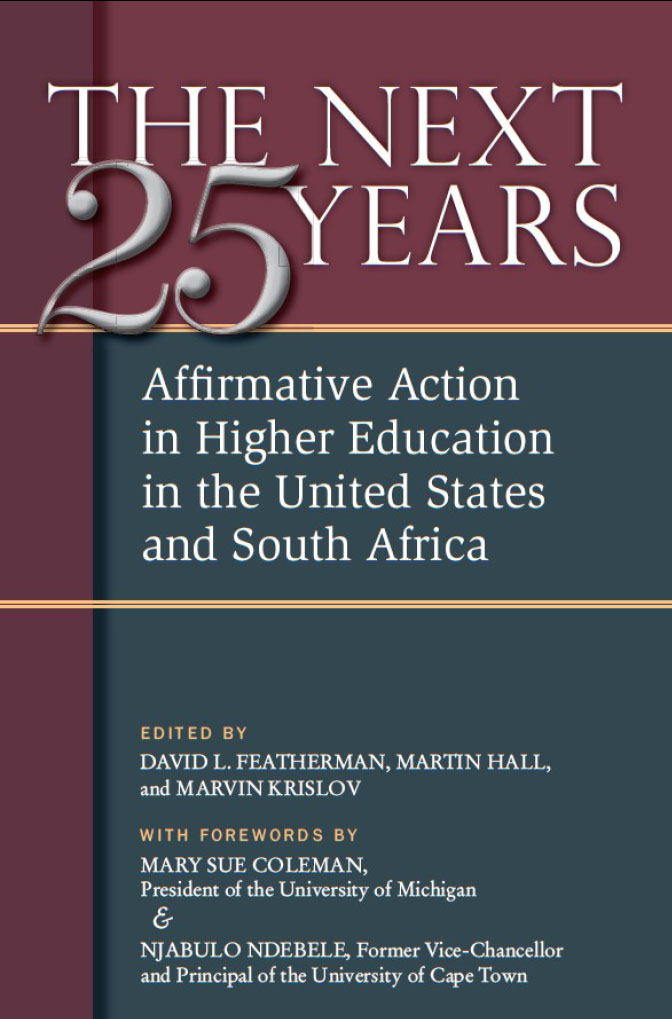 The Next Twenty-five Years: Affirmative Action in Higher Education in the United States and South Africa

You do not have access to this book. How to get access.
"Ambitious, provocative, and wide-ranging, this rich collection of essays from U.S. and South African perspectives reflects the thinking of thoughtful advocates of affirmative action."

"Thoughtful commentary from outstanding experts on affirmative action's future in two countries struggling to overcome a legacy of racial injustice."

"An enormously important comparative study and reflection on affirmative (U.S.) and corrective (South Africa) action with exhaustive and sensitive treatment of a vital topic."

A penetrating exploration of affirmative action's continued place in 21st-century higher education, The Next Twenty-five Years assembles the viewpoints of some of the most influential scholars, educators, university leaders, and public officials. Its comparative essays span the political spectrum and dissect debates in two nations to elucidate the legal, political, social, economic, and moral dimensions of affirmative action in higher education and its role in contributing to a just, equitable, and vital society.

David L. Featherman is Professor of Sociology and Psychology and Founding Director of the Center for Advancing Research and Solutions for Society at the University of Michigan.

Marvin Krislov is President of Oberlin College and previously was Vice President and General Counsel at the University of Michigan.