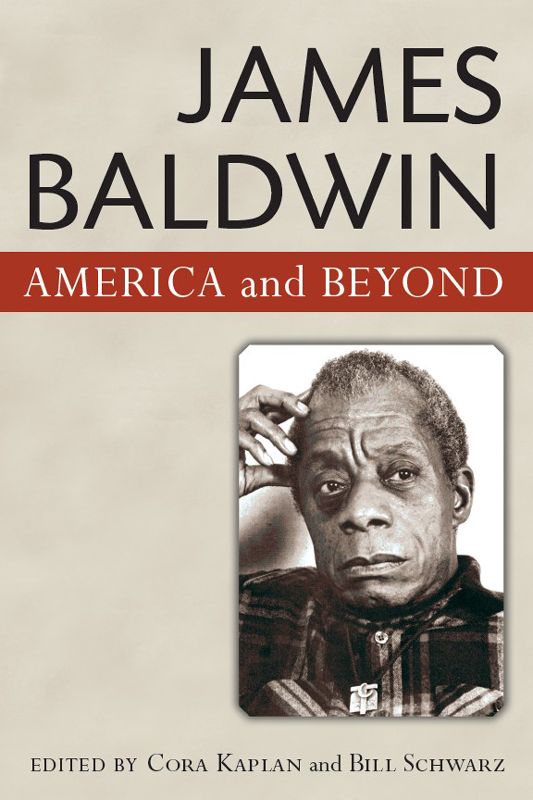 James Baldwin: America and Beyond

You do not have access to this book. How to get access.
"This fine collection of essays represents an important contribution to the rediscovery of Baldwin's stature as essayist, novelist, black prophetic political voice, and witness to the Civil Rights era. The title provides an excellent thematic focus. He understood both the necessity, and the impossibility, of being a black 'American' writer. He took these issues 'Beyond'---Paris, Istanbul, various parts of Africa---but this formative experience only returned him to the unresolved dilemmas. He was a fine novelist and a major prophetic political voice. He produced some of the most important essays of the twentieth century and addressed in depth the complexities of the black political movement. His relative invisibility almost lost us one of the most significant voices of his generation. This welcome 'revival' retrieves it. Close call."

This interdisciplinary collection by leading writers in their fields brings together a discussion of the many facets of James Baldwin, both as a writer and as the prophetic conscience of a nation. The core of the volume addresses the shifting, complex relations between Baldwin as an American—"as American as any Texas GI" as he once wryly put it—and his life as an itinerant cosmopolitan. His ambivalent imaginings of America were always mediated by his conception of a world "beyond" America: a world he knew both from his travels and from his voracious reading. He was a man whose instincts were, at every turn, nurtured by America; but who at the same time developed a ferocious critique of American exceptionalism. In seeking to understand how, as an American, he could learn to live with difference—breaking the power of fundamentalisms of all stripes—he opened an urgent, timely debate that is still ours. His America was an idea fired by desire and grief in equal measure. As the authors assembled here argue, to read him now allows us to imagine new possibilities for the future.