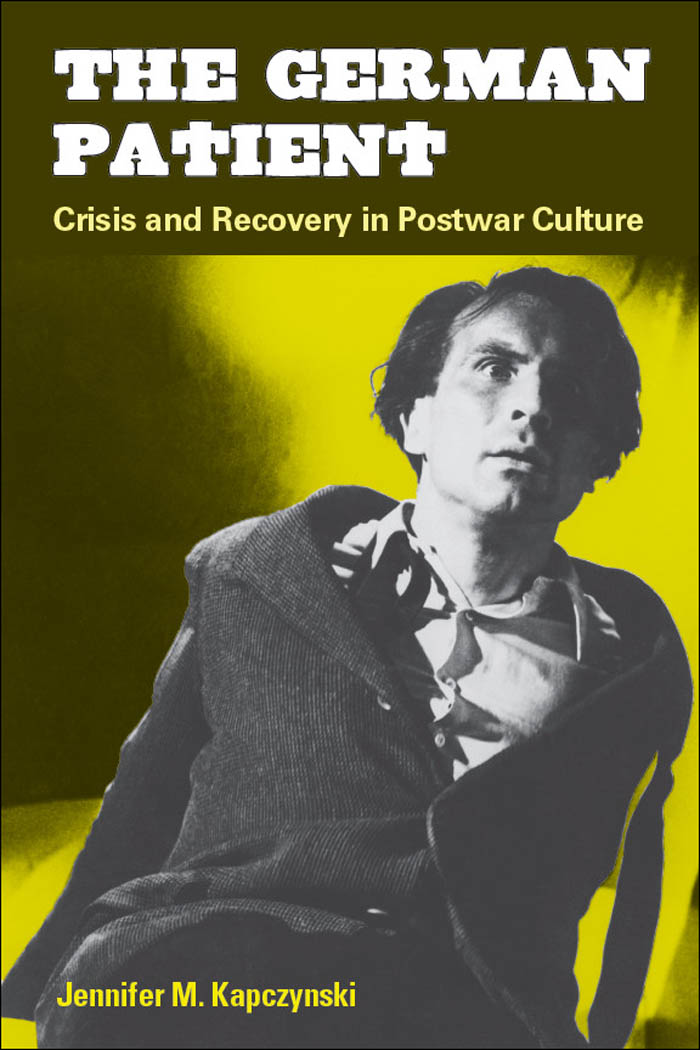 The German Patient: Crisis and Recovery in Postwar Culture

You do not have access to this book. How to get access.
The German Patient takes an original look at fascist constructions of health and illness, arguing that the idea of a healthy "national body"---propagated by the Nazis as justification for the brutal elimination of various unwanted populations---continued to shape post-1945 discussions about the state of national culture. Through an examination of literature, film, and popular media of the era, Jennifer M. Kapczynski demonstrates the ways in which postwar German thinkers inverted the illness metaphor, portraying fascism as a national malady and the nation as a body struggling to recover. Yet, in working to heal the German wounds of war and restore national vigor through the excising of "sick" elements, artists and writers often betrayed a troubling affinity for the very biopolitical rhetoric they were struggling against. Through its exploration of the discourse of collective illness, The German Patient tells a larger story about ideological continuities in pre- and post-1945 German culture.

Jennifer M. Kapczynski is Assistant Professor of Germanic Languages and Literatures at Washington University in St. Louis. She is the coeditor of the anthology A New History of German Cinema.

Cover art: From The Murderers Are Among Us (1946). Reprinted courtesy of the Deutsche Kinemathek.

"The German Patient provides an important historical backdrop and a richly specific cultural context for thinking about German guilt and responsibility after Hitler. An eminently readable and engaging text."

"This is a polished, eloquently written, and highly informative study speaking to the most pressing debates in contemporary Germany. The German Patient will be essential reading for anyone interested in mass death, genocide, and memory."