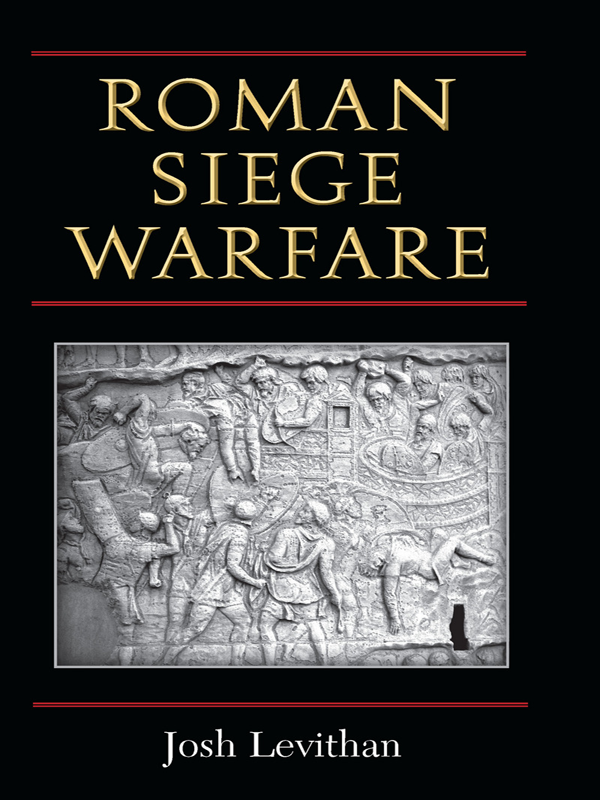 You do not have access to this book. How to get access.
Roman siege warfare had its own structure and customs, and expectations both by the besieged and by the attacking army. Sieges are typically sorted by the techniques and technologies that attackers used, but the more fruitful approach offered in Roman Siege Warfare examines the way a siege follows or diverges from typical narrative and operational plotlines. Author Josh Levithan emphasizes the human elements—morale and motivation—rather than the engineering, and he recaptures the sense of a siege as an event in progress that offers numerous attitudes, methods, and outcomes. Sieges involved a concentration of violent effort in space and the practical challenge posed by a high wall: unlike field battles they were sharply defined in time, in space, and in operational terms.

Chapters examine motivation and behavior during a siege and focus on examples from both the Roman Republic and the Empire: Polybius, Livy, Julius Caesar, Flavius Josephus, and Ammianus Marcellinus. Levithan examines the "gadgetary turn," during which writers began to lavish attention on artillery and wall-damaging techniques, fetishizing technology and obscuring the centrality of the assault and of human behavior.

This volume speaks to classicists and historians of all stripes. All passages are translated, and references are accessible to nonspecialists. Military historians will also find much of interest in the volume, in its treatment both of Roman military conduct and of wider military practice.