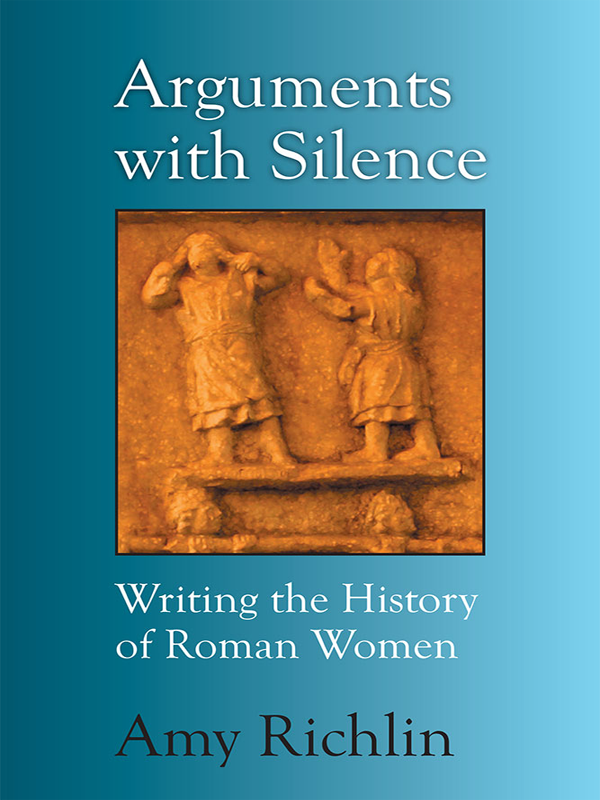 Arguments with Silence: Writing the History of Roman Women

Amy Richlin 2014
Women in ancient Rome challenge the historian. Widely represented in literature and art, they rarely speak for themselves. Amy Richlin, among the foremost pioneers in ancient studies, gives voice to these women through scholarship that scours sources from high art to gutter invective.

In Arguments with Silence, Richlin presents a linked selection of her essays on Roman women's history, originally published between 1981 and 2001 as the field of "women in antiquity" took shape, and here substantially rewritten and updated. The new introduction to the volume lays out the historical methodologies these essays developed, places this process in its own historical setting, and reviews work on Roman women since 2001, along with persistent silences. Individual chapter introductions locate each piece in the social context of Second Wave feminism in Classics and the academy, explaining why each mattered as an intervention then and still does now.

Inhabiting these pages are the women whose lives were shaped by great art, dirty jokes, slavery, and the definition of adultery as a wife's crime; Julia, Augustus' daughter, who died, as her daughter would, exiled to a desert island; women wearing makeup, safeguarding babies with amulets, practicing their religion at home and in public ceremonies; the satirist Sulpicia, flaunting her sexuality; and the praefica, leading the lament for the dead.

Amy Richlin is one of a small handful of modern thinkers in a position to consider these questions, and this guided journey with her brings surprise, delight, and entertainment, as well as a fresh look at important questions.