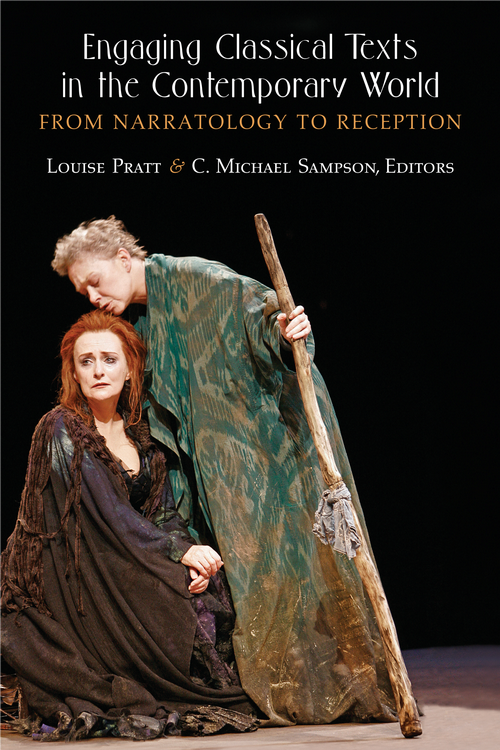 Engaging Classical Texts in the Contemporary World: From Narratology to Reception

You do not have access to this book. How to get access.
Contemporary classicists often find themselves advocating for the value and relevance of Greco-Roman literature and culture, whether in the classroom, or social media, or newsprint and magazines. In this collection, twelve top scholars apply major critical approaches from other academic fields to open new channels for dialogue between ancient texts and the contemporary world.

This volume considers perennial favorites of classical literature—the Iliad and Odyssey, Greek tragedy, Roman comedy, the Argonautica, and Ovid's Metamorphoses—and their influence on popular entertainment from Shakespeare's plays to Hollywood's toga films. It also engages with unusual and intriguing texts across the centuries, including a curious group of epigrams by Artemidorus found on the island sanctuary of Thera, mysterious fragments of two Aeschylean tragedies, and modern-day North African novels. These essays engage an array of theoretical approaches from other fields—narratology, cognitive literary theory, feminist theory, New Historicist approaches to gender and sexuality, and politeness theory—without forsaking more traditional philological methods. A new look at hospitality in the Argonautica shows its roots in the changed historical circumstances of the Hellenistic world. The doubleness of Helen and her phantom in Euripides' Helen is even more complex than previously noted. Particularly illuminating is the recurrent application of reception studies, yielding new takes on the ancient reception of Homer by Apollonius and of Aeschylus by Macrobius, the reception of Plautus by Shakespeare, and more contemporary examples from the worlds of cinema and literature.

Students and scholars of classics will find much in these new interpretations and approaches to familiar texts that will expand their intellectual horizons. Specialists in other fields, particularly English, comparative literature, film studies, and gender and sexuality studies, will also find these essays directly relevant to their work.