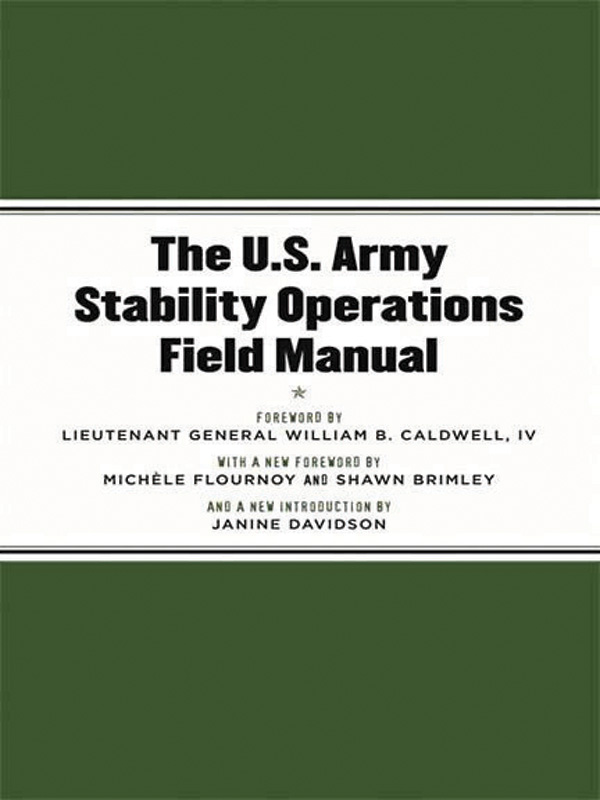 The United States Army 2009, The University of Michigan Press Edition

You do not have access to this book. How to get access.
Field Manual 3-07, Stability Operations, represents a milestone in Army doctrine.

With a focus on transforming conflict, managing violence when it does occur and maintaining stable peace, The U.S. Army Stability Operations Field Manual (otherwise known as FM 3-07) signals a stark departure from traditional military doctrine. The Army officially acknowledges the complex continuum from conflict to peace, outlines the military's responsibility to provide stability and security, and recognizes the necessity of collaboration, coordination, and cooperation among military, state, commercial, and non-government organizations in nation-building efforts.

The manual reflects a truly unique collaboration between the Army and a wide array of experts from hundreds of groups across the United States Government, the intergovernmental and non-governmental communities, America's allies around the world, and the private sector. All branches of the armed forces, U.S. agencies ranging from the State Department to Homeland Security to Health and Human Services, international agencies from the United Nations to the Red Cross to the World Bank, countries from the United Kingdom to India to South Africa, private think tanks from RAND to the United States Institute of Peace to the Center for New American Security, all took part in the shaping of this document.

The U.S. Army Stability Operations Field Manual, marks just the second time in modern history that the U.S. Army has worked with a private publisher to produce a military doctrinal document.

"It is a roadmap from conflict to peace, a practical guidebook for adaptive, creative leadership at a critical time in our history. It institutionalizes the hard-won lessons of the past while charting a path for tomorrow. This manual postures our military forces for the challenges of an uncertain future, an era of persistent conflict where the unflagging bravery of our Soldiers will continue to carry the banner of freedom, hope, and opportunity to the people of the world."

—From the foreword by Lieutenant General William B. Caldwell, IV, Commander of the Combined Arms Center at Fort Leavenworth, Kansas