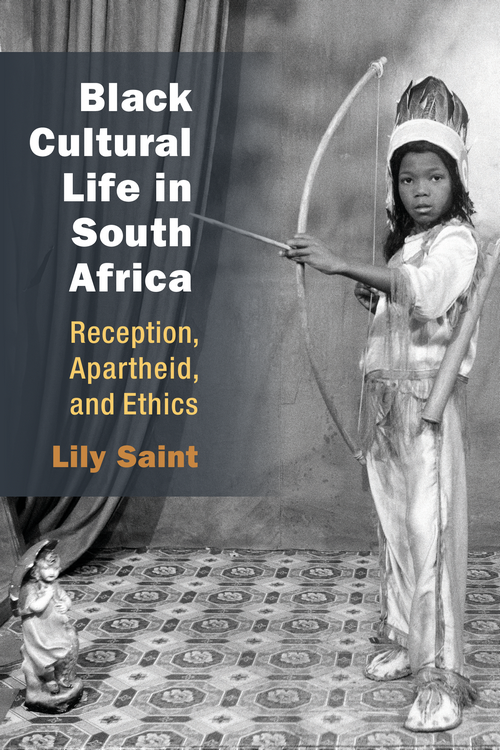 You do not have access to this book. How to get access.
Under apartheid, black South Africans experienced severe material and social disadvantages occasioned by the government's policies, and they had limited time for entertainment. Still, they closely engaged with an array of textual and visual cultures in ways that shaped their responses to this period of ethical crisis. Marshaling forms of historical evidence that include passbooks, memoirs, American "B" movies, literary and genre fiction, magazines, and photocomics, Black Cultural Life in South Africa considers the importance of popular genres and audiences in the relationship between ethical consciousness and aesthetic engagement.

This study provocatively posits that states of oppression, including colonial and postcolonial rule, can elicit ethical responses to imaginative identification through encounters with popular culture, and it asks whether and how they carry over into ethical action. Its consideration of how globalized popular culture "travels" not just in material form, but also through the circuits of the imaginary, opens a new window for exploring the ethical and liberatory stakes of popular culture. Each chapter focuses on a separate genre, yet the overall interdisciplinary approach to the study of genre and argument for an expansion of ethical theory that draws on texts beyond the Western canon speak to growing concerns about studying genres and disciplines in isolation. Freed from oversimplified treatments of popular forms—common to cultural studies and ethical theory alike—this book demonstrates that people can do things with mass culture that reinvigorate ethical life.

Lily Saint's new volume will interest Africanists across the humanities and the social sciences, and scholars of Anglophone literary, globalization, and cultural studies; race; ethical theories and philosophies; film studies; book history and material cultures; and the burgeoning field of comics and graphic novels.