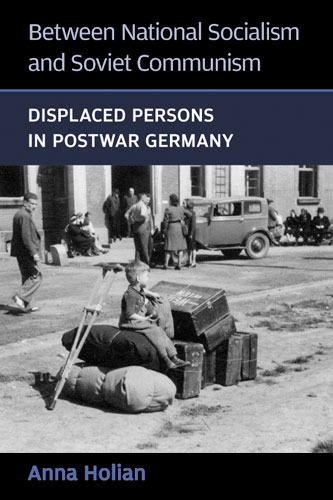 You do not have access to this book. How to get access.
"Though its primary focus is on the immediate postwar, Between National Socialism and Soviet Communism will surely illuminate the contemporary crisis around citizenship and definitions of Germanness in the context of European Union and globalization."

In May of 1945, there were more than eight million "displaced persons" (or DPs) in Germany---recently liberated foreign workers, concentration camp prisoners, and prisoners of war from all of Nazi-occupied Europe, as well as eastern Europeans who had fled west before the advancing Red Army. Although most of them quickly returned home, it soon became clear that large numbers of eastern European DPs could or would not do so. In the aftermath of National Socialism, Germany thus ironically became a temporary home for a large population of "foreigners." Focusing on Bavaria, in the heart of the American occupation zone, Between National Socialism and Soviet Communism examines the cultural and political worlds that four groups of displaced persons---Polish, Ukrainian, Russian, and Jewish---created in Germany during the late 1940s and early 1950s. The volume investigates the development of refugee communities and how divergent interpretations of National Socialism and Soviet Communism defined these displaced groups.

Combining German and eastern European history, Anna Holian draws on a rich array of sources in cultural and political history and engages the broader literature on displacement in the fields of anthropology, sociology, political theory, and cultural studies. Her book will interest students and scholars of German, eastern European, and Jewish history; migration and refugees; and human rights.