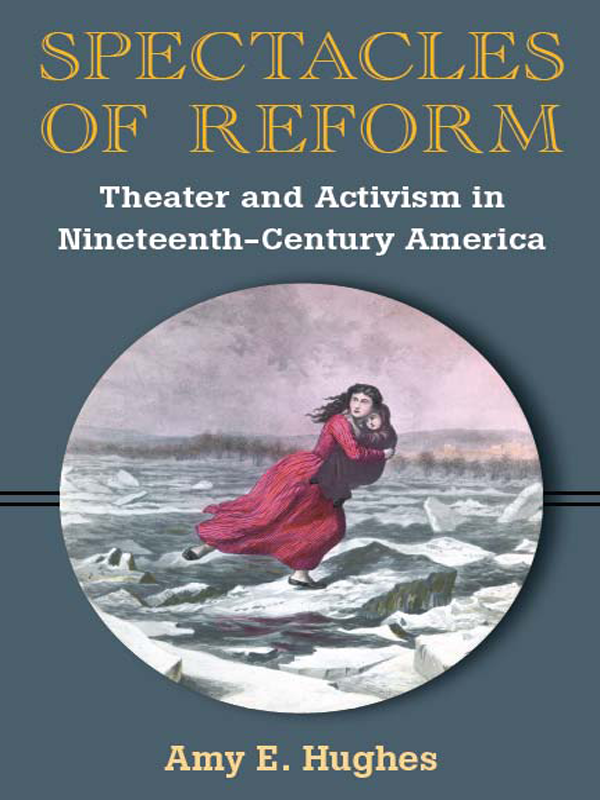 Spectacles of Reform: Theater and Activism in Nineteenth-Century America

You do not have access to this book. How to get access.
In the nineteenth century, long before film and television arrived to electrify audiences with explosions, car chases, and narrow escapes, it was America's theaters that offered audiences such thrills, with "sensation scenes" of speeding trains, burning buildings, and endangered bodies, often in melodramas extolling the virtues of temperance, abolition, and women's suffrage. In Spectacles of Reform , Amy E. Hughes scrutinizes these peculiar intersections of spectacle and reform, revealing that spectacle plays a crucial role in American activism. By examining how theater producers and political groups harnessed its power and appeal, Hughes suggests that spectacle was—and remains—central to the dramaturgy of reform.

Engaging evidence from lithographs to children's books to typography catalogs, Hughes traces the cultural history of three famous sensation scenes—the drunkard suffering from the delirium tremens, the fugitive slave escaping over a river, and the victim tied to the railroad tracks—assessing how they conveyed, allayed, and denied concerns about the rights and responsibilities of citizenship. These images also appeared in printed propaganda, suggesting that the coup de théâtre was an essential part of American reform culture. Additionally, Hughes argues that today's producers and advertisers continue to exploit the affective dynamism of spectacle, reaching an even broader audience through film, television, and the Internet.

To be attuned to the dynamics of spectacle, Hughes argues, is to understand how we see. Consequently, Spectacles of Reform will interest not only theater historians, but also scholars and students of political, literary, and visual culture who are curious about how U.S. citizens saw themselves and their world during a pivotal period in American history.