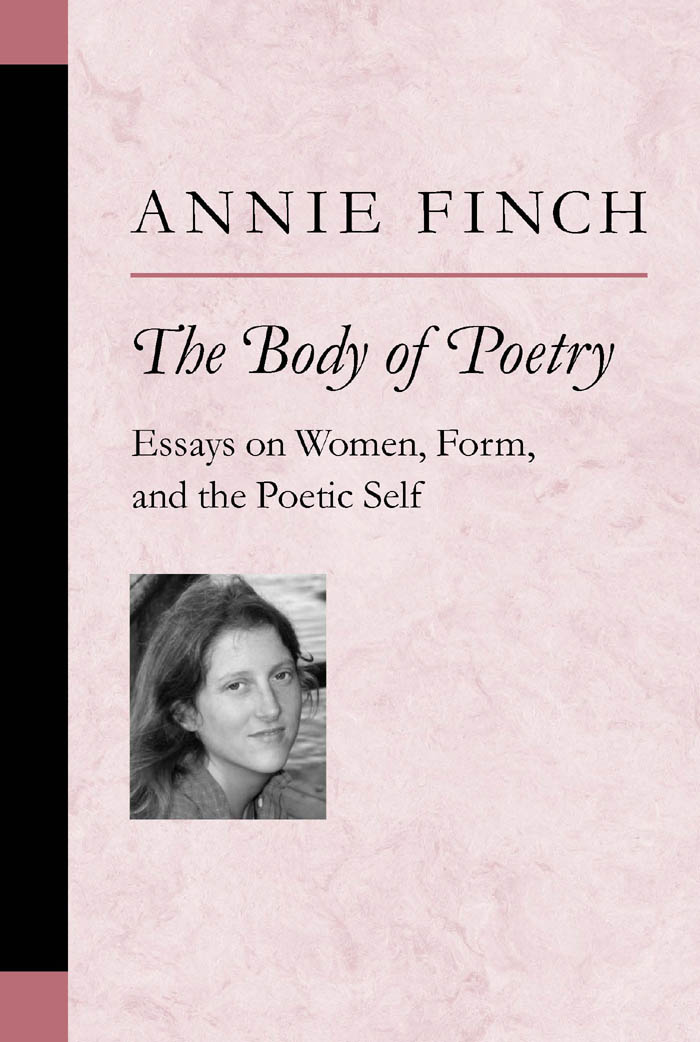 The Body of Poetry: Essays on Women, Form, and the Poetic Self

Annie Finch 2005
The Body of Poetry collects essays, reviews, and memoir by Annie Finch, one of the brightest poet-critics of her generation. Finch's germinal work on the art of verse has earned her the admiration of a wide range of poets, from new formalists to hip-hop writers. And her ongoing commitment to women's poetry has brought Finch a substantial following as a "postmodern poetess" whose critical writing embraces the past while establishing bold new traditions. The Body of Poetry includes essays on metrical diversity, poetry and music, the place of women poets in the canon, and on poets Emily Dickinson, Phillis Wheatley, Sara Teasdale, Audre Lorde, Marilyn Hacker, and John Peck, among other topics. In Annie Finch's own words, these essays were all written with one aim: "to build a safe space for my own poetry. . . . [I]n the attempt, they will also have helped to nourish a new kind of American poetics, one that will prove increasingly open to poetry's heart."

Poet, translator, and critic Annie Finch is director of the Stonecoast low-residency MFA program at the University of Southern Maine. She is co-editor, with Kathrine Varnes, of An Exaltation of Forms: Contemporary Poets Celebrate the Diversity of Their Art, and author of The Ghost of Meter: Culture and Prosody in American Free Verse, Eve, and Calendars. She is the winner of the eleventh annual Robert Fitzgerald Prosody Award for scholars who have made a lasting contribution to the art and science of versification.