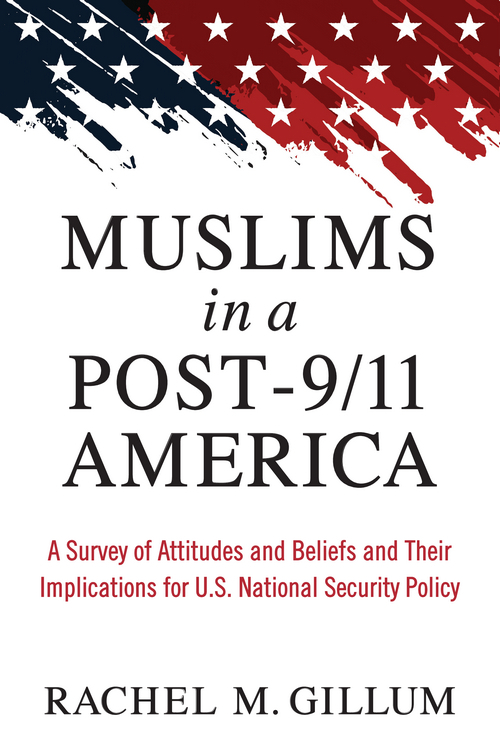 Muslims in a Post-9/11 America: A Survey of Attitudes and Beliefs and Their Implications for U.S. National Security Policy

Rachel M. Gillum 2018
Muslims in a Post-9/11 America examines how public fears about Muslims in the United States compare with the reality of American Muslims' attitudes on a range of relevant issues. While most research on Muslim Americans focuses on Arab Muslims, a quarter of the Muslim American population, Rachel Gillum includes perspectives of Muslims from various ethnic and national communities—from African Americans to those of Pakistani, Iranian, or Eastern European descent. Using interviews and one of the largest nationwide surveys of Muslim Americans to date, Gillum examines more than three generations of Muslim American immigrants to assess how segments of the Muslim American community are integrating into the U.S. social fabric, and how they respond to post-9/11 policy changes. Gillum's findings challenge perceptions of Muslims as a homogeneous, isolated, un-American, and potentially violent segment of the U.S. population.

Despite these realities, negative political rhetoric around Muslim Americans persists. The findings suggest that the policies designed to keep America safe from terrorist attacks may have eroded one of law enforcement's greatest assets in the fight against violent extremism—a relationship of trust and goodwill between the Muslim American community and the U.S. government. Gillum argues for policies and law enforcement tactics that will bring nuanced understandings of this diverse category of Americans and build trust, rather than alienate Muslim communities.