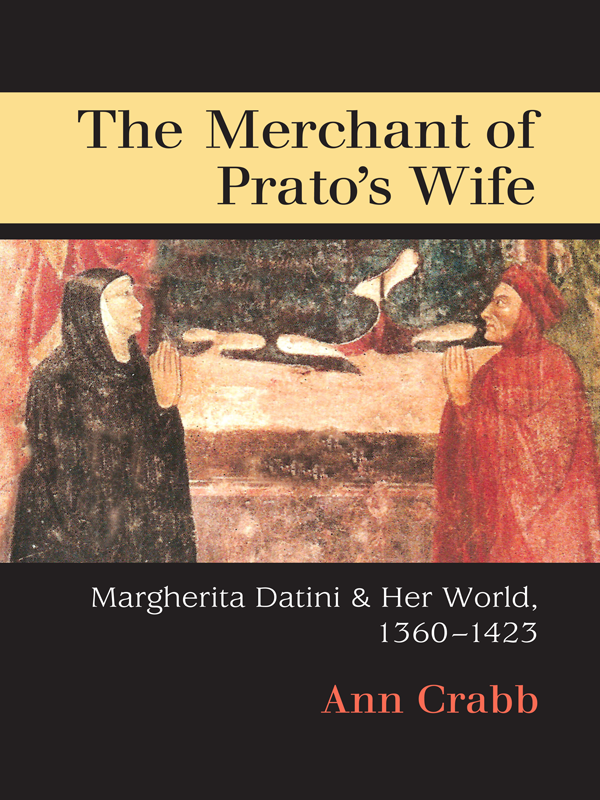 You do not have access to this book. How to get access.
Although the fourteenth-century Italian merchant Francesco Datini has received attention from business historians, there has previously been no full study of his wife, Margherita Datini. Drawing on a sizable trove of Margherita's correspondence held in the Archivio di Stato di Prato, including hundreds of letters she exchanged with Francesco, Ann Crabb investigates the social and economic importance of women's roles as wives and mothers, early modern European views on honor, and the practice of letter writing in Margherita's world.

Margherita's often colorful comments demonstrate her attitudes toward her rather unhappy marriage and her inability to have children, along with other aspects of her life. Her letters reveal the pride she felt in carrying out her many responsibilities as a wife and, later, a widow: in scribal letter writing, in business, in household management, and in farming. Crabb emphasizes that the role of a wife was a recognized social position, beyond her individual relations with her husband, and provided opportunities beyond what restrictive laws or restrictive views of female honor would suggest. Further, Crabb considers Margherita's successful efforts, on her own initiative and in her late thirties, to learn to read and write at a literate level.

This book will be of interest to both scholars and general readers of women's history. In addition, historians of early modern Italy and, more generally, of early modern Europe will find this book valuable.